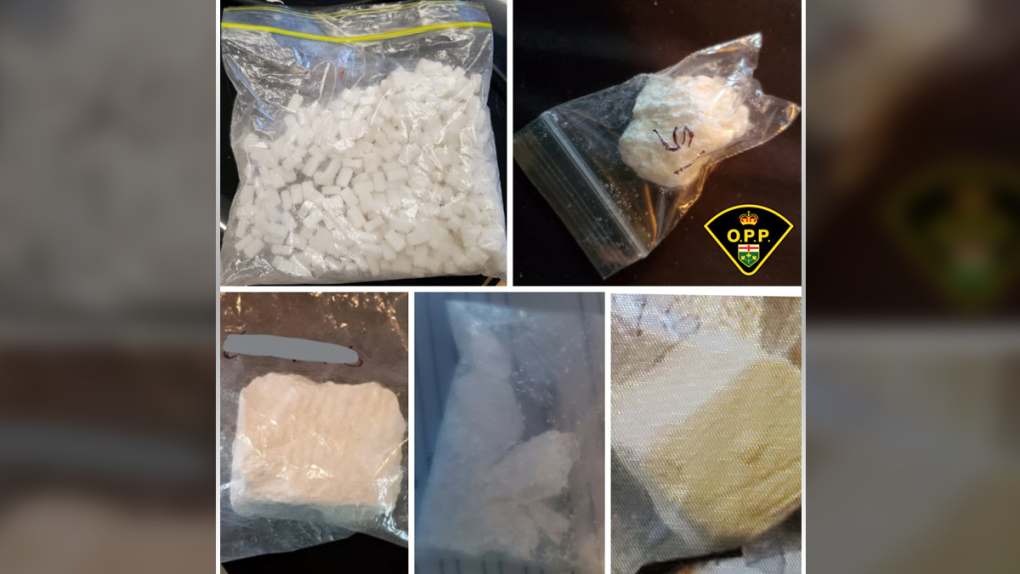 Ontario Provincial Police say they seized a variety of drugs and replica weapons from a home in Pembroke June 5, 2020. (OPP handout)

PEMBROKE, ON. -- Ontario Provincial Police say two people have been arrested and charged following the seizure of drugs and replica weapons in Pembroke.

Four replica guns were also seized, alongside $4000 in cash and other drug paraphernalia.

Cody LaPierre, 31, and Christine Leclair, 40, have each been charged with offenses that include possession of a schedule I substance for the purposes of trafficking, possession of property obtained by crime, and possession of more than four cannabis plants.

LaPierre faces an additional charge of possession of a firearm or ammunition contrary to a prohibition order. He remains in custody and is due in court June 10 by video.

Leclair has been released and is due in court in Pembroke August 11.