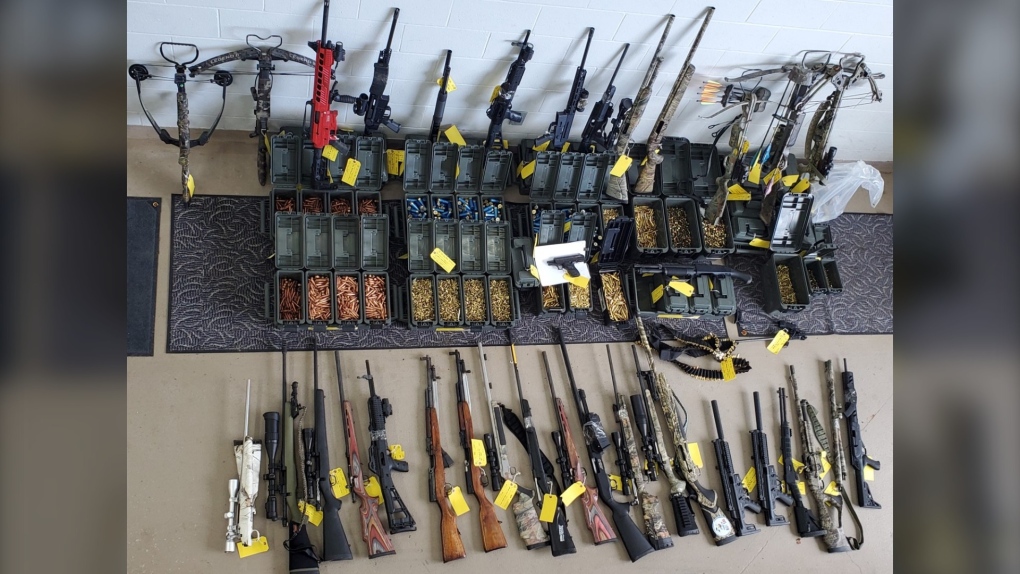 OPP say they seized 29 long guns, a handgun and other items while executing a search warrant in South Stormont. (OPP)

OTTAWA -- Ontario Provincial Police say they seized 30 guns and arrested two people in a raid near Cornwall on Friday.

Police executed a search warrant at the address on Post Road in South Stormont Township, OPP said in a news release.

Drake Cartier, 31, of South Stormont, was arrested and charged with more than a dozen gun-related offences, including possession of a weapon for a dangerous purpose. He was held in custody.

A second person, Magen Archambault, 35, of Cornwall, was charged with failing to comply with an undertaking. She was released and is due to appear in court at a later date.

The Canada Border Services Agency and RCMP were also part of the search.