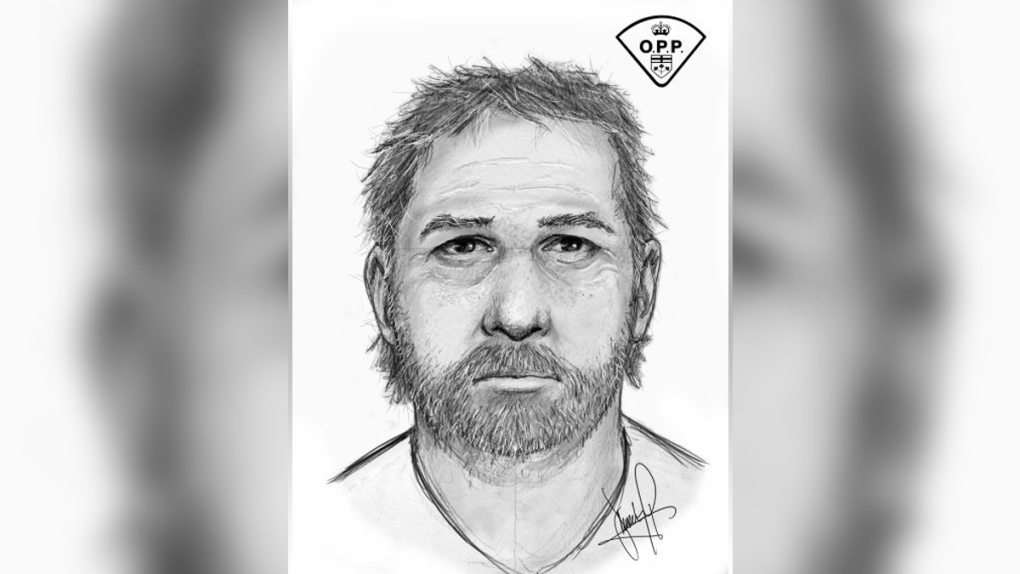 OTTAWA -- Ontario Provincial Police have released a composite sketch of a suspect after a woman was stabbed by a stranger in North Dundas Township earlier this month.

On Sept. 17, officers responded to an assault on Spruce Drive, north of Winchester. Police say a woman was approached by a stranger on a bike and assaulted with an edged weapon.

The male suspect fled the scene on a red bicycle.

The suspect is described as a white male, 5'5" to 5'7", slim build and facial hair. It's believed he was wearing a blue shirt, blue pants and blue canvas sneakers.

Investigators released a composite sketch of the suspect, saying it's not a picture of the individual.

Police say the man was last seen operating a 10-speed bicycle with straight handlebars.  He was last seen travelling north on Spruce Drive.

The woman was treated for non-life threatening injuries.

Investigators want to speak with any witnesses or people who may recognize the individual in the sketch. Police are also looking for anyone who travelled along Spruce Road between 5 p.m. and 7 p.m. on Sept. 17 who may have an onboard camera in their vehicle.