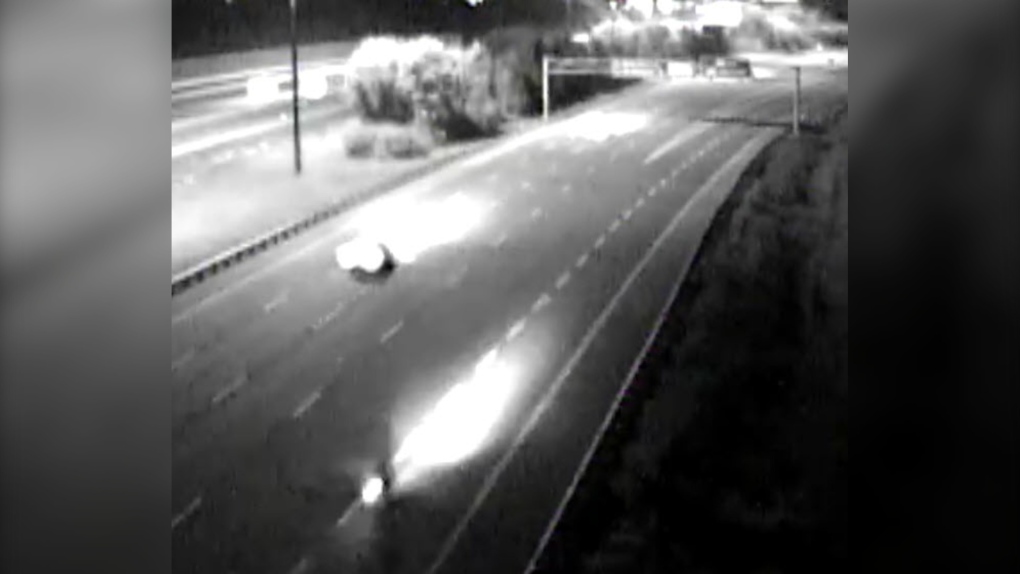 OTTAWA -- Ontario Provincial Police say they want to speak to a motorcycle rider who briefly stopped at the scene of a fatal crash on the Queensway last month.

The crash happened at around 12:25 a.m. Saturday, Sept. 12 on the 417 eastbound near Moodie Drive. A 27-year-old Ottawa man driving a motorcycle hit a guardrail on the left side of the road and was thrown from his bike. He was found a short distance away and pronounced dead at the scene.

In a tweet on Wednesday morning, the OPP shared a short video taken from a traffic camera in the area and called for this possible witness to come forward.

"Ottawa OPP wants to talk to a motorcycle rider who stopped briefly at a fatal crash on Highway 417 eastbound at Moodie in Ottawa, Sept. 12 at 12:25 a.m.," the tweet said.

#OttawaOPP wants to talk to a motorcycle rider who stopped briefly at a fatal crash on #Hwy417 eb @ Moodie in #Ottawa Sept 12th at 12:25am. No detail visible, but we hope the rider or witness will come forward. Call 1-888-310-1122 if you can help. @OPP_COMM_ER #Ottnews ^bd pic.twitter.com/bdaKN0Yx3F

"We realize the images are not clear, but it is hoped this could prompt someone who was in the area to remember some details," a news release from the OPP said.