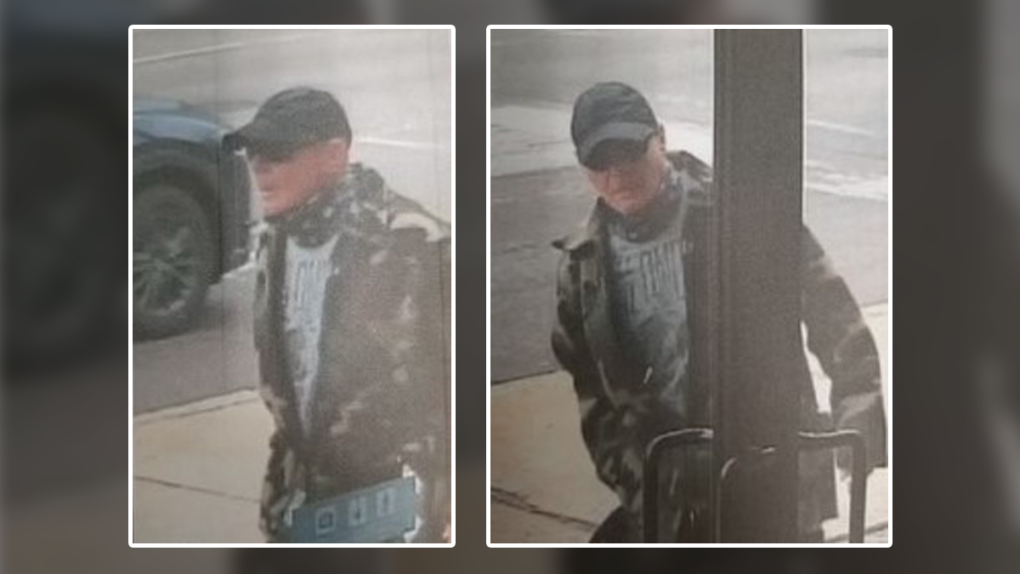 Ontario Provincial Police are looking to identify a man accused of robbing a bank in Pembroke, July 5, 2022. (OPP/handout)

Ontario Provincial Police are investigating a bank robbery in Pembroke.

Police say a man walked into the RBC on Pembroke Street West at around 4:30 p.m. Tuesday, told the teller he had a weapon and demanded cash.

The teller was not hurt and the man escaped with an undisclosed amount of money. Police responded but were unable to locate the suspect.

He’s described as a white man, approximately 50 years old, who was wearing black pants, black shoes, a black baseball cap, a grey shirt, a camouflage jacket, black sunglasses, and a black bandana with a white pattern.

Anyone with information regarding this incident is asked to contact the Pembroke Detachment of the Upper Ottawa Valley OPP at 613-732-3332 or Pembroke/Renfrew County Crime Stoppers at 1-800-222-TIPS (8477) or at valleytips.ca.