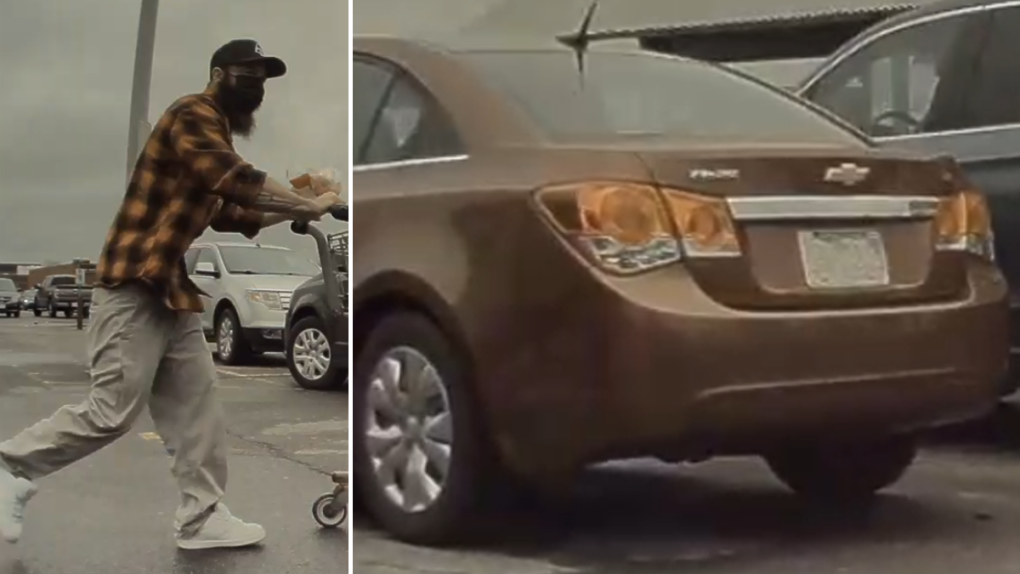 OTTAWA -- Ontario Provincial Police are looking to identify a man involved in an altercation in a parking lot in Embrun.

On Friday, April 30, Russell County OPP officers responded to a mischief complaint at a local business on Notre-Dame Street.

Police say an altercation took place in the parking lot between two men.

Investigators want to identify a person of interest and the suspect vehicle involved in the altercation. The individual is described as a white man, between 20 and 30 years of age, 5'10" to 6'1" tall, with brown hair and a full beard. He was wearing an orange and black plaid shirt, beige cargo style pants, a black ball cap and white running shoes.

The individual was driving an older model red Chevrolet Cruze with the rear licence plate peeled off.