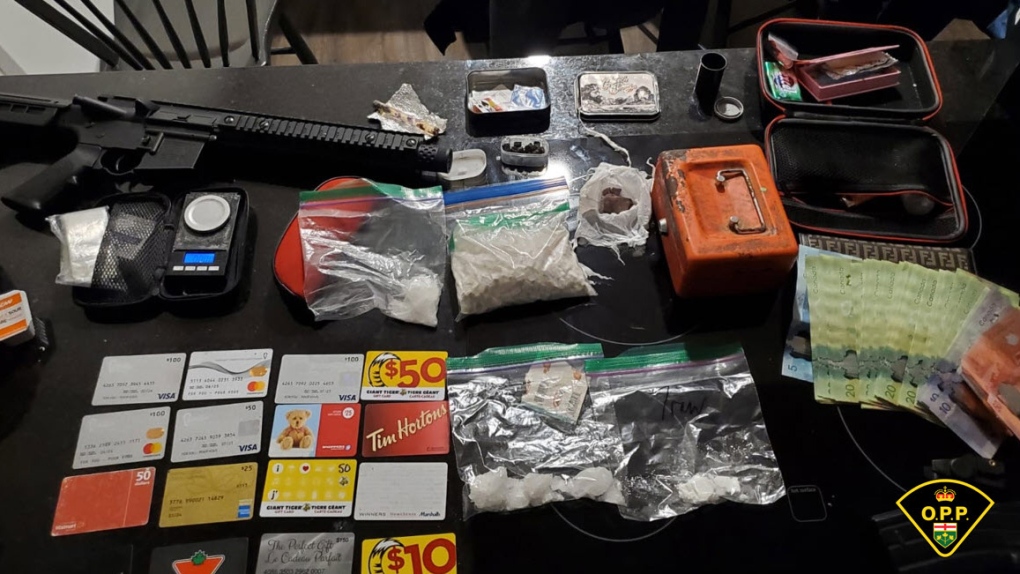 Ontario Provincial Police seized drugs, cash, a replica firearm and other items following a search of a home in Greater Madawaska Township on Sunday, Dec. 6, 2020. (Photo submitted by the OPP)

OTTAWA -- Ontario Provincial Police say four people from across the region are facing more than 50 charges after police searched a home in Greater Madawaska Township, seizing drugs and stolen property.

OPP say a community street crime unit investigation was already underway in the area when investigators were told of a related home invasion in Ottawa, during which guns and other items were stolen.

According to a media release, police executed a search warrant at a home on Barrett Chute Road in Greater Madawaska on Sunday, seizing a variety of drugs, including suspected cocaine, fentanyl and methamphetamines, as well as cash, a replica firearm, drug trafficking paraphernalia, and items stolen from the aforementioned home invasion in Ottawa.

Taylor Bahm, 22, of Renfrew; Sean Kinghorn, 30, of North Dundas Township; Cody Nice, 30, of Petawawa; and Carley Winters, 27, of Gatineau, Quebec are facing a variety of drug trafficking and firearms-related charges.

All four were taken into custody and have bail hearings in Renfrew on various dates, according to the OPP.