OPP bust: Thousands in drugs and weapons seized near Belleville 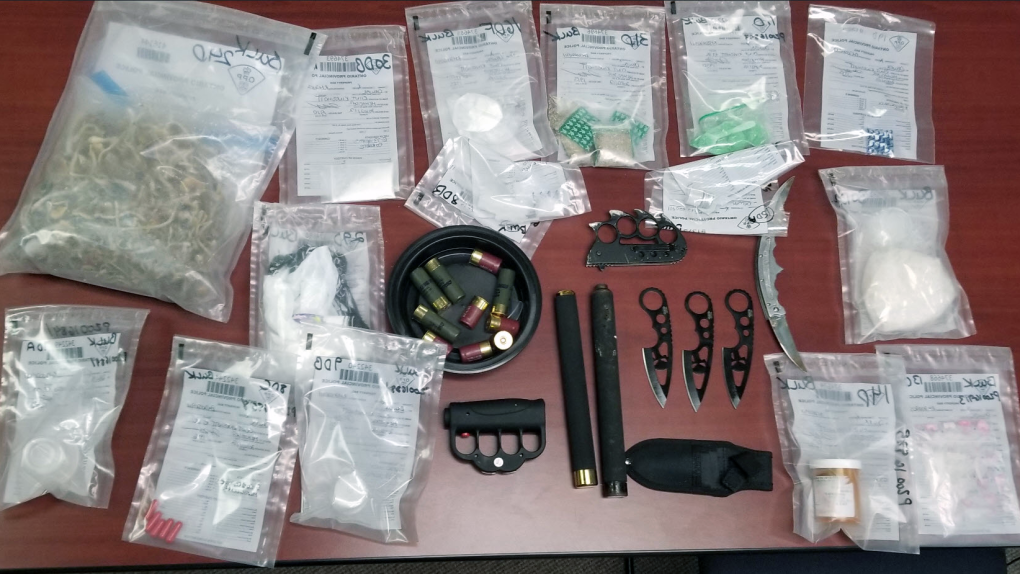 OTTAWA -- OPP seized thousands of dollars' worth of drugs and weapons while executing a search warrant at a home in Trenton, west of Belleville, Wednesday.

Three people at the home on Dundas Street West were arrested after suspected drugs including cocaine, fentanyl powder and pills, and oxycodone were found.

OPP estimate the street value of these drugs to be more than $65,000. Officers also seized a variety of weapons, including brass knuckles, a crossbow, a switchblade knife, firearm ammunition and a conducted energy weapon, among others.

The OPP Tactics and Rescue Unit, East Region CSCU, East Region Canine Unit and officers with the Quinte West OPP detachment worked together in this case.

Two of the suspects appeared in Brockville court Feb. 13. The third individual will appear March 16.