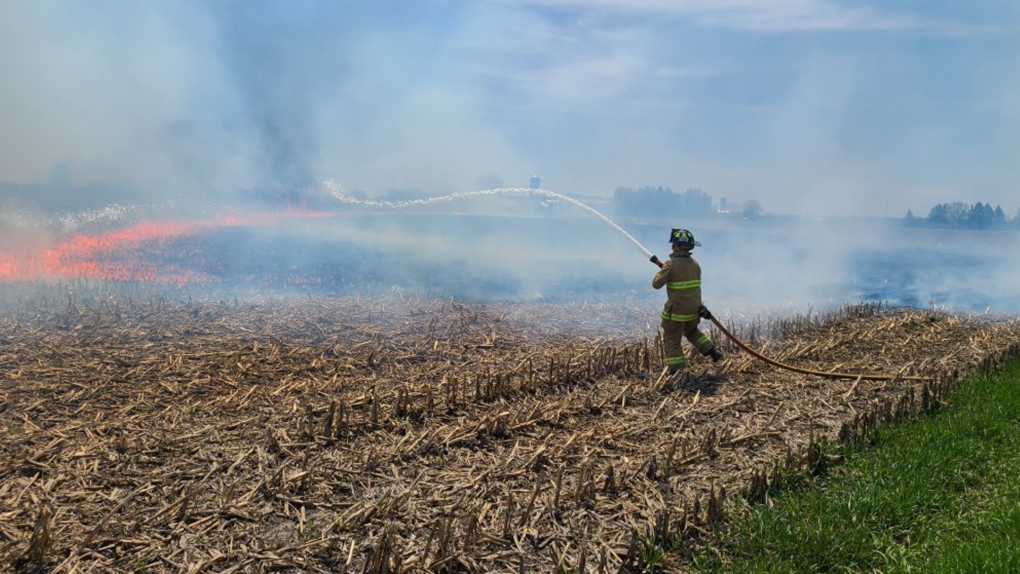 Firefighters battle a fire in a cornfield on Shea Road near Richmond on Wednesday. (Ottawa Fire Service/Twitter)

Ottawa Fire Services has lifted its open-air fire ban for the city of Ottawa.

The ban was issued last week amid a record-breaking heatwave and dry conditions. There had been several grass and brush fires alongside 30-degree heat and more than a week without rain.

Following two days of rainfall, including a record amount on Monday, OFS said the burn ban was lifted.

The #OpenAirFireBan has been lifted.

‼️If you plan on having a fire:

✅Ensure you have a valid permit📄

✅Ensure you have plenty of 💧 to extinguish the 🔥 #OttNews

The fire service says if you plan on having a fire outdoors, make sure you have a valid permit, ensure you have plenty of water nearby to extinguish it, and call the burn line before starting your fire 613-580-2880.

Environment Canada says 28.4 mm of rain was recorded at the Ottawa Airport Monday as a storm moved across the city.

Aside from Wednesday, rain is in the forecast for the remainder of this week and the weekend.