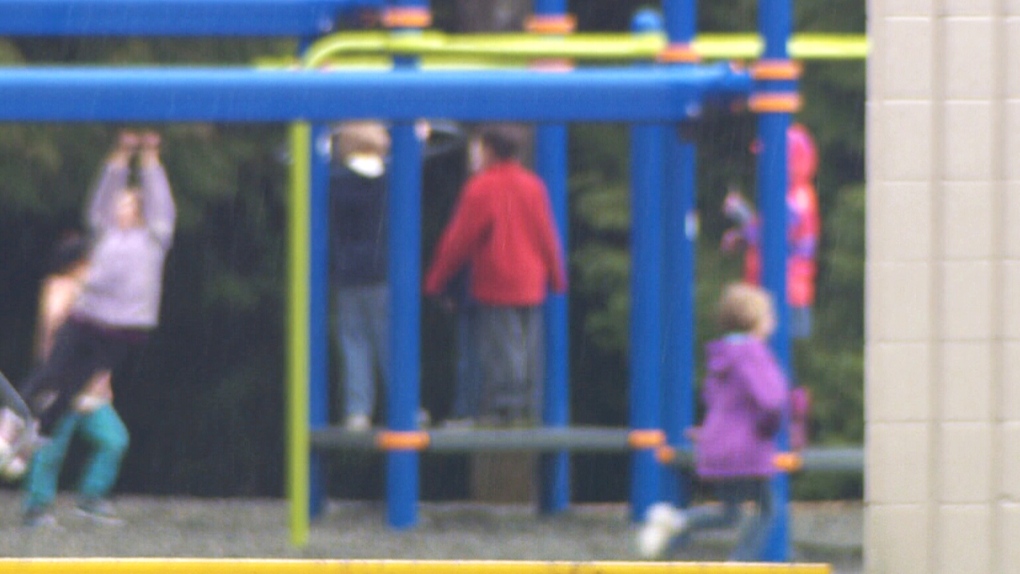 OTTAWA -- Seven in 10 Ontario education workers say they’ve experienced physical violence on the job, according to a new report on what researchers call an “epidemic of violence” in schools.

The “shockingly high” levels of violence include workers being hit, kicked, bitten, or struck by a thrown object from a student. The violence was overwhelmingly perpetrated by students.

The report by University of Ottawa researchers called “In Harm’s Way: The Epidemic of Violence Against Education Sector Workers in Ontario” was released Monday. It surveyed nearly 4,000 CUPE education workers during the 2018-2019 school year.

Most of the survey respondents were educational assistants and early childhood educators.

Among the other key findings of the report:

“These rates are epidemic in their proportions,” study co-author Darcy Santor, a psychology professor at the University of Ottawa, told CTV News Ottawa. “This is ongoing, and it is chronic.”

The study found 89 per cent of staff reported experiencing a threat, attempt, or act of physical violence from one or more sources; either students, parents, colleagues or administrators.

The report also found “exceptionally high” rates of harassment and verbal violence. Ninety-five per cent of classroom-based and support staff workers experienced some form of harassment on the job.

Most experienced it from students, in the form of insults, put-downs or obscene gestures. Reports of harassment from parents, colleague and administrators were less frequent but still “disturbingly common.”

Over the course of a school year, the average education worker will experience 26 instances of harassment and 24 of violence, Santor said.

Although the impact on education workers is severe and long-lasting, but it also impacts schoolchildren.

“The parents that have children in elementary schools right now need to understand that as much as these education workers are in harm’s way … their children are also in the same environment,” he said. “This is about the entire educational environment in which all of our children will be expected and hope to learn and thrive.”

Participants in the study reported being kicked, hit, punched, slapped, choked, scratched, strangled, spat at, head butted, kneed in the crotch, and threatened (and sometimes cut) with scissors,” the report said.

“They also spoke of having to dodge thrown items, being assaulted by meter sticks, being tripped, being urinated on, having their hair pulled, getting their clothes torn, and being bit.

“These acts of aggression are not (as the general public might imagine) the ineffectual tap of an annoyed youngster but potentially serious and sometimes terrifying experiences.”

Most of the children involved are in Grades 4 to 8.

One study participant said a student threw a desk at her and crushed her shin. She now has a permanent disability and can only work nine hours a week.

“The simple fact that I go into a classroom every day and 20-28 other children (aged 3-12) watch as I get physically abused should be significant,” another EA said. “Every day that I finish work and I haven’t been kicked, hit, punched, or bitten I consider a fantastic day. Children are literally beating up adults and we are subjecting other children to this violence.”

Over 80 per cent of participants indicated that levels of harassment and violence had increased ‘a lot’ or ‘somewhat.’ The impact on workers is profound.

“Recurring themes included anxiety and panic attacks; general fearfulness, ‘jumpiness,’ and being hyper-aware; depression, hopelessness, and overwhelming sadness; an inability to concentrate, and both excessive emotionality and emotional numbness,” the report says.

The report shows education workers experience PTSD at comparable rates to first responders such as firefighters. Fourteen per cent are either experiencing burnout or meet the formal criteria for burnout.

Nearly a third of workers take time off because of the harassment or violence they experience. And there is an economic cost as well. The cost of replacing education workers for that lost time is estimated at $3.5 million.

The report calls workplace harassment and violence in the education sector a crisis that requires immediate action.

“These are not issues that can really wait for another round of contract negotiations,” Santor said. “These are affecting children and workers right now.”

“The student who is lashing out is not a perpetrator in the conventional sense but child in need of support. There is a desperate need for adequate resourcing to ensure students are afforded the help they require to meet their cognitive, emotional, and behavioural needs.”

“Resources are needed to support education sector workers to address their mental and physical health needs in the context of the escalating harassment and violence they are experiencing.”

The results of the survey were obtained prior to COVID-19, and the pandemic restrictions that have made school environments even more stressful and affected people’s mental health.

Although the rates of harassment and violence are exceptionally high, it’s possible they could become even more frequent, Santor said.

“We will be dealing with these kinds of issues long after the pandemic is over.”

You can read the full report here.