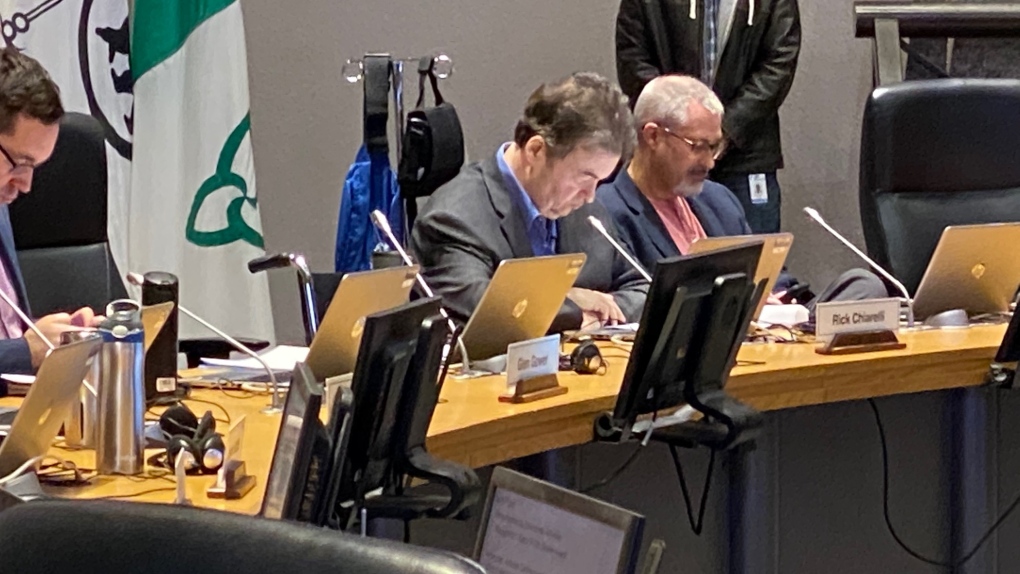 OTTAWA -- The Ontario government is looking at possible changes to municipal codes of conduct for city councillors.

A press release from the provincial government said Associate Minister of Children and Women's Issues Jill Dunlop would lead upcoming consultations with members of council, municipal associations and municipal staff on ways to strengthen accountability measures for elected representatives.

"Our government has been absolutely clear that we will not tolerate workplace harassment or discrimination of any kind," Dunlop said in the release. "We are committed to upholding our shared values of respect, equity, equality and fairness for all people in Ontario. These consultations are to help us move that commitment forward in municipal governments so that everyone feels safe."

The release came one day after three former staffers of Ottawa Coun. Rick Chiarelli launched a petition calling on the province to create a framework to allow municipal councils to remove elected officials from office for occupational health and safety violations related to emotional or sexual harassment and physical or sexual violence. The release from the province did not specifically name Chiarelli nor allude to his specific case, but said that the province "wants to ensure that councillors and heads of council maintain a safe and respectful workplace and carry out their duties as elected officials in an ethical and responsible manner."

Last year, a two-part report from the city's integrity commissioner Robert Marleau found that Chiarelli had violated the municipal code of conduct through what he called "a course of vexatious and troublesome comments against several individuals."

Chiarelli was accused of making lewd comments to coworkers and job applicants.

Council voted in July and again in November to suspend Chiarelli's pay and impose other restrictions upon him. There exists no mechanism to remove an elected councillor from office under these circumstances, though a councillor's seat can be vacated for a number of reasons under the Municipal Act including chronic absenteeism, ceasing to be a Canadian citizen or resident of the municipality, or being sent to prison. While councillors called on Chiarelli to resign, he has refused to do so. Council also approved a motion to request the province grant the ability to remove a councillor from office in cases of serious misconduct.

Chiarelli to this day has denied the allegations against him and is challenging Marleau's jurisdiction in court. He said through his office that he intends to serve the remainder of his council term, which ends in 2022. It is unknown if he will seek re-election.

CTV News Ottawa has reached out to Chiarelli's office for comment.

At least two provincial politicians have called on the Ford government to give municipalities the power to fire a fellow councillor in the event of serious misconduct. Joel Harden (NDP, Ottawa Centre) and former Ottawa councillor Stephen Blais (Liberal, Orléans) have spoken in the legislature on this issue.

Municipal Affairs and Housing Minister Steve Clark previously said he did not believe in giving the municipal affairs minister the sole power to remove an elected councillor and called for Chiarelli's resignation but, in Friday's press release, he suggested there could be additional ways to hold municipal politicians accountable for misconduct.

"We want to gather input to ensure there are adequate mechanisms in place to hold council members accountable for any unacceptable behaviour," Clark said. "It's critical that everyone feels safe and respected in the workplace, and that they know there are accountability measures in place for members who violate codes of conduct."

Speaking on Newstalk 580 CFRA's "Ottawa Now with Kristy Cameron", Nancy O'Brien, one of Chiarelli's former assistants, said she is cautiously optimistic about the news.

O'Brien is one of the women who delivered sworn testimony to the integrity commissioner. She told CFRA she is hopeful the consultations with the province bring about changes to the Municipal Act.

"I think that this is a wonderful first step to have consultations that hopefully will lead to changes to the Municipal Act so that that kind of glaring loophole, in terms of accountability for egregious behaviour, is addressed. I think it's promising. I'm cautiously, optimistic."

O'Brien said she would like to be part of the consultation process.

"I am there to support changes so that what happened to me never happens again," she said.

Despite the announcement from the province, O’Brien added that she still intends to go forward with the petition.

You can find details about the petition here.