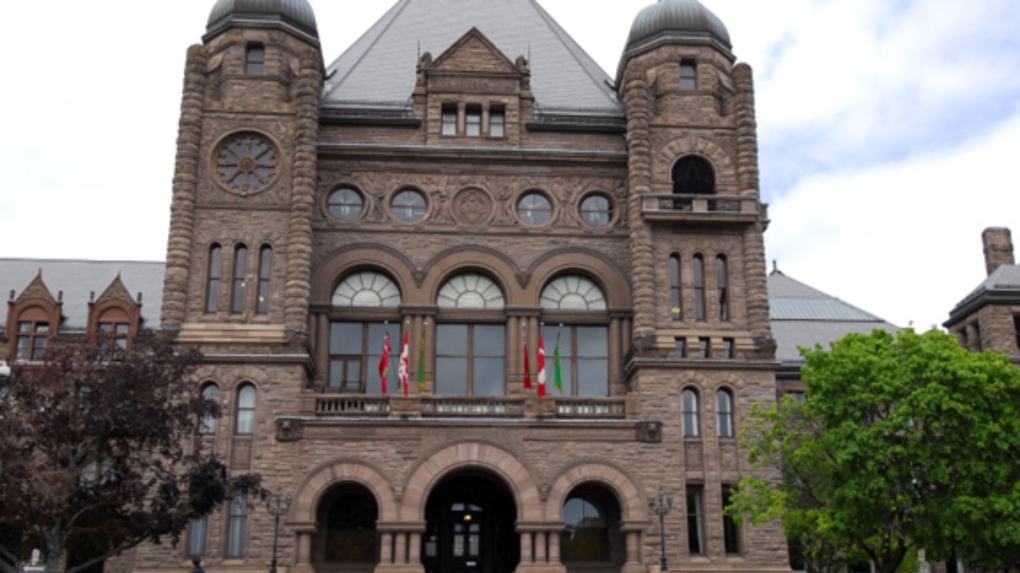 Queen's Park in downtown Toronto is seen in this undated file photo.

TORONTO -- Ontario's elected representatives were headed home to their ridings Thursday as the legislature was set to begin an extra long summer break that will last until after the October federal election.

The legislature normally rises in early June and resumes shortly after Labour Day, but Premier Doug Ford's government adjourned the house until Oct. 28.

That's after the federal election, which NDP Leader Andrea Horwath thinks is the reason for the long break.

"The way I see it either Mr. Ford wants to be available to campaign for (federal Conservative Leader) Andrew Scheer, or Andrew Scheer's asking Doug Ford to hide under a rock during the federal campaign," she said.

Some polls suggest that Ford is unpopular and that may be hurting Scheer's chances in Ontario ahead of the Oct. 21 election.

A spokesman for Scheer denied Horwath's suggestion that the long break came at the federal leader's request.

"Nobody in the Office of the Leader of the Official Opposition was in touch with Premier Ford's office about his decision to adjourn the legislature," Daniel Schow wrote.

Two of Ford's staffers recently left the premier's office to work for Scheer.

"They're helping out our cousins, federally, to turn this federal government around and said we'll talk almost every day," Ford said recently.

The premier has previously said he would be staying out of the federal election but has also been slamming the federal carbon tax at every turn, and said if he loses his court challenge on it, opponents of the tax will win at the ballot box.

Government House Leader Todd Smith said it has already been a busy year since the provincial election last June 7.

"We've been sitting for a long time," he said, noting the legislature sat through the summer after the election and for an extra week over the winter holiday. The government passed 20 bills in its first year, Smith said.

"We're very proud of all the accomplishments since we became the government of Ontario," he said. "It's time to go back to the drawing board and start coming up with how we're going to fulfill the rest of our promises."