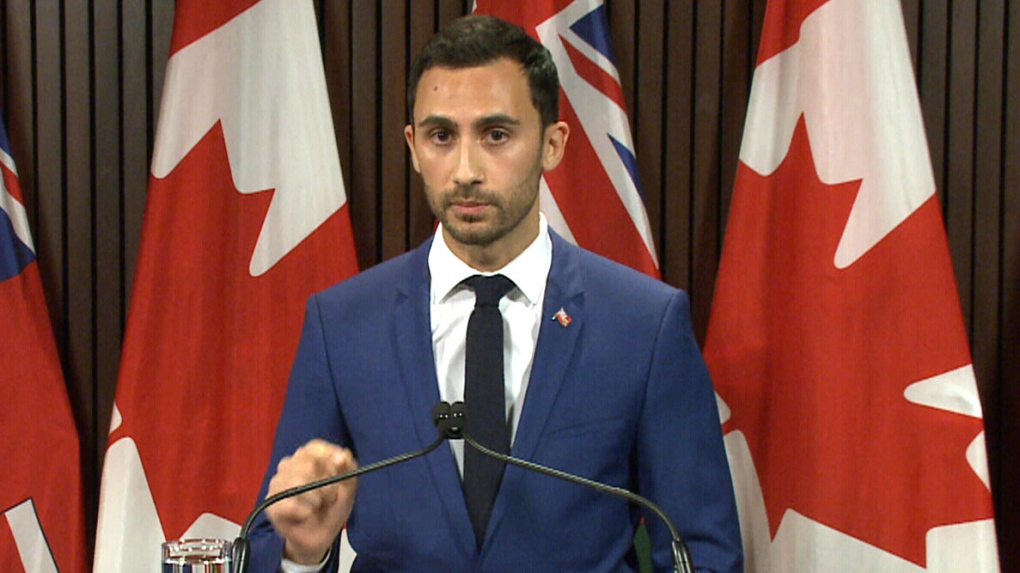 TORONTO -- Some Ontario parents have received up to four times more money than they were supposed to be paid under a government plan to compensate them for elementary teachers' strike days.

The Progressive Conservative government announced last month that it would give parents of children affected by the strikes up to $60 per day. Education Minister Stephen Lecce frames the offer as money to help parents make last-minute child-care arrangements, but critics are calling it a "bribe" as tensions grow between teachers and the province amid a bargaining stalemate.

All four major teachers' unions are engaged in job action, and elementary teachers were on a provincewide walkout Thursday as part of escalated strikes which are seeing them hit each board twice a week.

Several parents saw four days' worth of compensation deposited into their accounts on Monday, even though at that point, elementary teachers had only been on strike at their boards for one day.

The government says the computer system erroneously counted days a board has been affected by both elementary and secondary teachers' strikes. But parents of high school students are not eligible to apply for the compensation money.

All support for parents applications received undergo a verification process to ensure that they meet the eligibility requirements," education ministry spokeswoman Ingrid Anderson said in a statement.

"We will continue to review our systems to ensure all parents receive support during this period of disruption."

Ministry of Education officials were not immediately able to quantify how much money was overpaid, but said it affected only a small number of parents. The government said the issue was caught and fixed within 12 hours, but it is still figuring out what to do in cases where parents have already been overpaid.

Laura Ryan, who should have received $40 for the one day her son in senior kindergarten had been affected by a strike as of Monday, had $160 deposited in her account. She hasn't heard anything from the government.

“It seems a bit opaque, which is, with the government, never a great sign," she said.

Ryan, a Toronto mom who supports the teachers, said her initial assumption was that the payments were being made in advance for strikes the government felt were inevitable.

"I was a bit frustrated that it seems to them it's a foregone conclusion that this week's strike days would be happening," she said. "Clearly there wasn't much intention of negotiating a settlement before Thursday's strike starts."

Ryan put the money toward supplies for her son's classroom, as did fellow Toronto mom Kristina Hollywood. She should have received $25 for her daughter in Grade 1, but instead got $100.

"My initial reaction was they made a mistake, that this wasn't done properly and it was just kind of giving out money willy-nilly," Hollywood said. "Then I was like, well if that's not a bribe, I don't know what is."

The Elementary Teachers' Federation of Ontario is planning a second provincewide strike for Feb. 11.

Union president Sam Hammond has said the union was close to a deal with the government after three days of talks last week, but the province's negotiators suddenly tabled new proposals at the 11th hour that ETFO couldn't accept.

Education Minister Stephen Lecce said Friday that the escalating job action had gone on for too long and asked the teachers' unions to end the walkouts.

"I call on union leadership to continue to work with us, in good faith, to end these strikes and focus on reaching a deal that keeps our students in the classroom where they belong," he said in a statement.

Hammond has said salary was not discussed during three days of talks last week.

Unions are asking for wage increases of around two per cent to keep up with inflation, but the government passed legislation last year capping wage hikes for all public sector workers at one per cent for three years. The teachers' unions and several others are fighting the law in court, arguing it infringes on collective bargaining rights.

Only the union representing teachers in the French system is in ongoing talks with the province.

With files from the Canadian Press