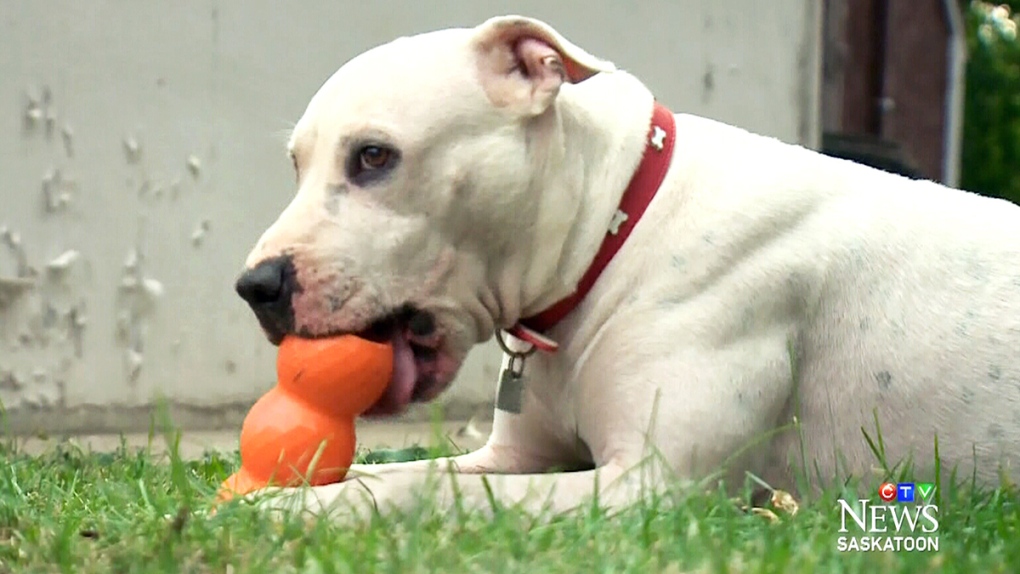 Saskatoon is becoming a safe haven for pit bulls like four-year-old Brian, seen here, as Ontario shelters search for new homes when the oft-maligned dogs –- which are banned across the province -- end up in the pound.

An Ontario MPP is hoping to reverse the province's ban on pit bulls. PC MPP Rick Nicholls who represents the riding of Chatham-Kent--Leamington, introduced a private member's bill in the legislature on Tuesday that would alter controversial provisions in the Dog Owners' Liability Act that prohibit the breed.

"It's not pit bulls, it's dogs, it's the owners and how the dogs are treated," Nicholls said in an interview Tuesday. "If you beat a dog or you train a dog to be vicious, that dog will be vicious regardless of the breed itself."

The province prohibited pit bull ownership in 2005, angering many dog owner who argued the law wrongly punished pets instead of their owners. At that time, it became mandatory for all pit bulls in the province to be spayed or neutered.  It also required that pitbulls to be muzzled and leashed in public.

Nicholls admits the governing Tories are split on the issue.

It is unclear if the ban ever had an effect on reducing dog bites and attacks, let alone those from pit bulls. The Canadian Press reported in 2016 that Ontario does not collect data at the provincial level and does not regulate how, or even whether, municipalities collect and store that data. Some municipalities do track dog bite data, but it can be collected by the local public health unit or the animal control unit, depending on how it's reported. Nicholls said data from public health units for 2018 show 13 dog bites out of 1,429 bites came from pit bulls.

The Liberal government originally banned the dogs in response to a vicious attack by two pit bulls against a Toronto man. The goal was to eradicate pit bulls from Ontario over time, but it didn't work.

The bill is set for debate in the legislature on Thursday.