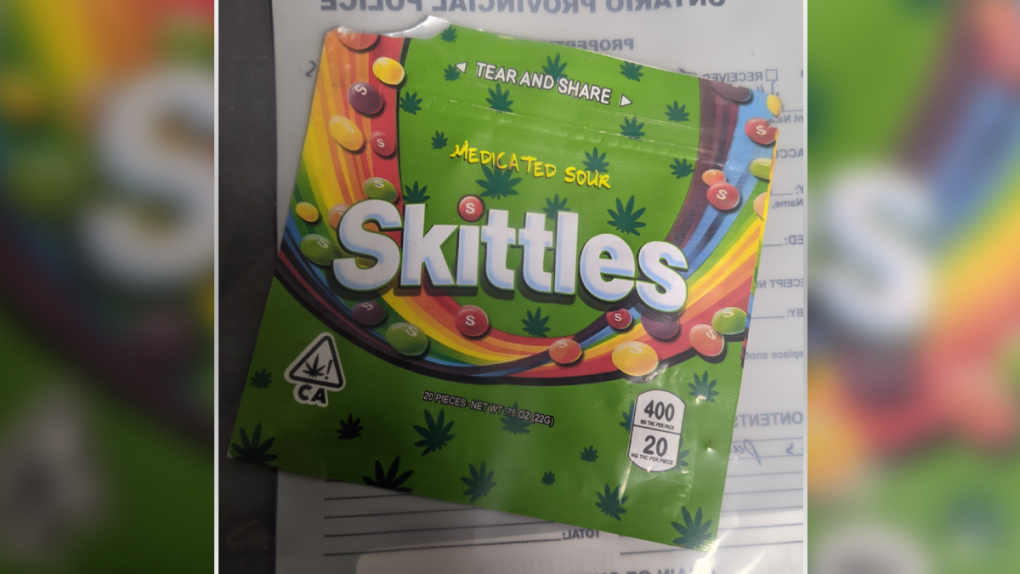 Ontario Provincial Police say a three-year-old in the Quinte West area became ill after ingesting several cannabis edibles made to look like candy. (Photo by the OPP / @OPP_ER / Twitter)

Officers were called to a home in Quinte West, northwest of Belleville, at around 6:30 p.m. Friday on reports a three-year-old had eaten "a high quantity of cannabis edibles," police said in a news release.

The child was rushed to the hospital in life-threatening but stable condition.

The accused is facing a charge of criminal negligence causing bodily harm. Police did not name him. He's due in a Belleville court in March.

Police warn that edibles can look like candy and should be kept safely out of reach of children. In this case, the product was made to look like Skittles.

The OPP shared an image on Twitter of the edibles in question.

#QWOPP have charged a @quintewest resident after their 3 year old child got access to and consumed a dangerous amount of #Cannabis edibles on Friday. Keep Cannabis away from children and animals. Stay Sharp - Know the facts. Visit https://t.co/5IvEBUhOT3 for more info. ^dl pic.twitter.com/UwbX0XlJUE

OPP Const. Devin Leeworthy told CTV News Ottawa by email that the "Skittles" edibles are an illicit cannabis product but detectives determined that the most appropriate charge in this case was criminal negligence causing bodily harm.

"There is a charge for possessing illicit cannabis, however in this case that charge was not laid," he wrote.

Leeworthy said he did not expect there to be any further charges.