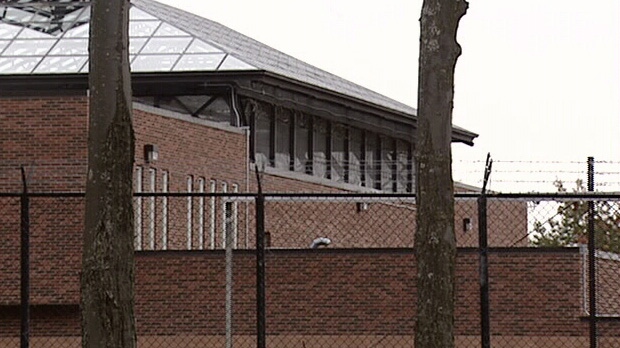 TORONTO -- Ontario says it will use advanced technology to crack down on smuggling of contraband into jails and detention centres, becoming the first province in Canada to install full-body scanners at all of its facilities.

"So as the times change and technology becomes more advanced, it is imperative that we change with them in order to keep our staff and inmates safe."

The scanners will be installed over two years at a cost of $9.5 million, including maintenance over 10 years.

The move follows a six-month pilot project at the Toronto South Detention Centre, which Naqvi said resulted in a reduction in contraband and fewer incidents with weapons.

During that project 16,427 scans were done and 86 inmates were found with ceramic blades, pills, marijuana and other contraband.

The union representing correctional workers has told Naqvi that inmates are now using Kinder Surprise packages to smuggle in contraband, he said.

"It's going to make it much safer for staff and the offenders we supervise," he said.

Six offenders have died from overdoses at the Hamilton Wentworth Detention Centre in approximately the last three years and the Toronto South Detention Centre as well as other facilities have seen an increase in ceramic knives, Vieselmeyer said.

Guards, unions and opposition politicians have been pressing the government for much-needed reforms to address what they call a crisis in corrections. Ontario's correctional facilities are understaffed and overcrowded to the point that it is jeopardizing guard and inmate safety, they say.

The Liberal government recently announced it would hire 2,000 correctional officers over the next three years. The new hires along with the body scanners are "building blocks" toward addressing issues, though a crisis still exists, Vieselmeyer said.

At Toronto South the scanner was installed in the admission and discharge area, so offenders being dropped off or returning from courts are scanned. There is no plan to require everyone, such as staff and lawyers, go through the scanners, Naqvi said.