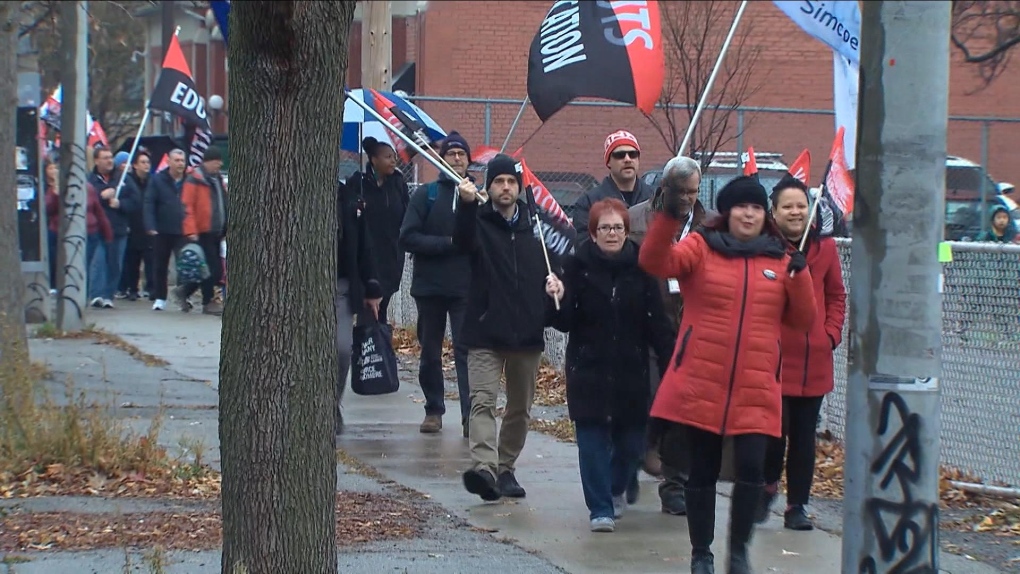 The Ontario Secondary School Teachers' Federation says the job action will impact only schools in Toronto and several other regions.

Earlier this week, the union held a one-day strike that closed all high schools -- and some elementary schools -- across the province.

The province has offered a one-per-cent annual wage increase, but the union is seeking around two per cent.

This report by The Canadian Press was first published Dec. 6, 2019.