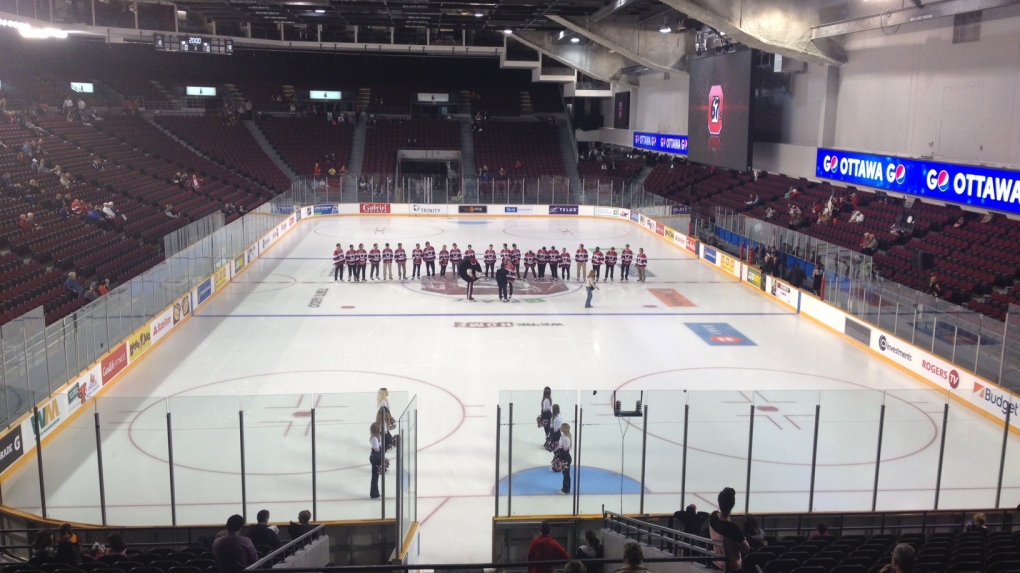 OTTAWA -- Ontario's minister of heritage, sport, tourism and culture industries suggests Ontario Hockey League teams could return to the ice for a shortened season, with teams playing in hub cities.

The Ottawa 67's and other OHL teams remain sidelined due to the COVID-19 pandemic. A shortened regular season was initially scheduled to begin on Feb. 4, but the date was pushed back.

Speaking with reporters on Friday, Lisa MacLeod said the Ontario government and public health officials continue to work with the OHL on a plan to get the teams back on the ice.

"We are looking at ways that we can get the OHL back up and running, potentially with hub cities, and trying to make sure that there is hockey before the NHL draft season," said MacLeod.

"We're absolutely committed, we're working around the clock to see how this can be done. We know how important the OHL is to the cultural fabric of this province."

Last October, the OHL announced plans for a 40-game regular season running from Feb. 4 through May 8.

"We don't want them to miss a season, but we certainly want to make sure we're abiding by public health and making sure that anything that would be approved would be in the best interest and best health and safety, not only of the province but also those young athletes," said MacLeod.

She noted that both the NHL and AHL presented a detailed, 600-page proposal to safely return hockey in Ontario during the pandemic.

MacLeod was asked what health metrics would be tied to the return of the OHL.

"There are different circumstances, for example in Ottawa, we're in the orange level but our 67's have a secure ice pad and arena that is not shared by the public," she said. "So there are a number different variables – access to rapid testing will be, obviously, very important and then making sure that we maintain the integrity of that hub so that there aren't people coming in and out."

In a statement to CTV News Ottawa, the Ontario Hockey League said, "It is our number one priority to get our players back on the ice safely."

"The league has been working closely with Minister MacLeod and the government on its Return to Play plan and at such time as is appropriate we will provide further comment."