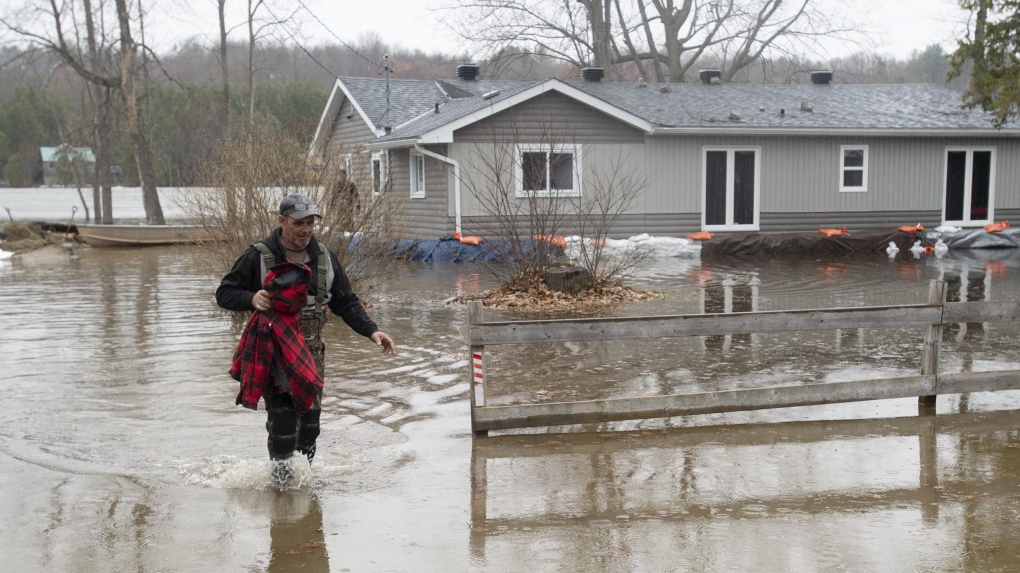 A man walks through flood waters around a home on Friday, April 26, 2019 in Ottawa. THE CANADIAN PRESS/Adrian Wyld

Ontario is appointing a Special Advisor on Flooding to look into the spring flooding across the province.

Speaking on Newstalk 580 CFRA and CTV Morning Live Thursday morning, Minister of Natural Resources and Forestry John Yakabuski and Dr. Merrilee Fullerton, Minister of Long-Term Care, announced the appointment of Doug McNeil as the Special Advisor. McNeil will advise the province on ways to reduce the impacts of flooding and ensure communities can recover quickly.

Yakabuski says the “Special Advisor will help better prepare our province for flooding in the future.”

According to the Ontario Government, McNeil will assess current roles and responsibilities of governments, agencies and organizations involved in flood management, including any opportunities for improvement. He will identify focused recommendations to better improve the ability to prepare for and respond to floods.

Yakabuski tells CFRA McNeil will have the authority to investigate organizations across the river system.

“I’ve had the conversation with [Ontario Power Generation] and they will open up their technical records to the independent advisor so that he has full access to any of their operational decisions that were made,” he says.

The appointment comes after flooding this spring along the Ottawa River and in cottage country.

The Ontario Government held Flood Engagement Sessions in Ottawa, Pembroke and Muskoka to hear from municipalities and industry leaders on how to prepare and respond to floods.

Yakabuski says there have been calls from municipal leaders and residents along the Ottawa River for an independent review of dam management. He says appointing an independent advisor is prudent.

“People don’t believe what we’re telling them,” he says. “So, we think it’s the prudent thing to do. Doug McNeil, from Manitoba, whom I’ve never met, has a tremendous resume of credentials for this job to do it from the Ontario perspective.”

Yakabuski has also written to his federal counterparts asking for an independent review of the Ottawa River system.

Yakabuski tells CTV Morning Live the salary for McNeill will be capped at $60,000.

Fullerton, who is the Progressive Conservative MPP for Kanata–Carleton, says residents have been requesting more information from the government about the flooding.

Fullerton says McNeil will report back to the government in the fall.