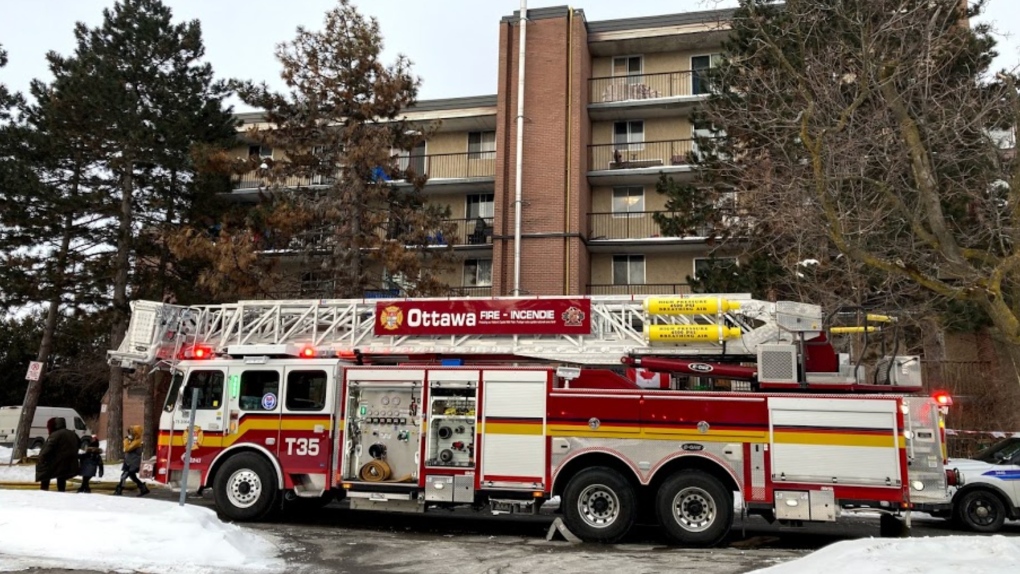 OTTAWA -- One person is in hospital after being rescued from an apartment fire in the Elmvale area.

Ottawa firefighters were called to a building on Russell Road near St. Laurent Boulevard at around 8 a.m. Sunday morning. There, they found a third-floor apartment filled with smoke.

Firefighters rescued a person inside the apartment. The individual was taken to the hospital in serious but stable condition with smoke inhalation, according to Ottawa Paramedics.

Firefighters had the blaze under control quickly. It was contained to a single unit.

Ottawa Fire on scene of a Working Fire on Russell Road south of St. Laurent. Firefighters rescued one occupant from a 3rd floor apartment who is now in care of @OttawaParamedic Fire is under control and @OttFire Investigator has been dispatched. #ottnews #OttFire #ottcity pic.twitter.com/rD9Z4WsqfW