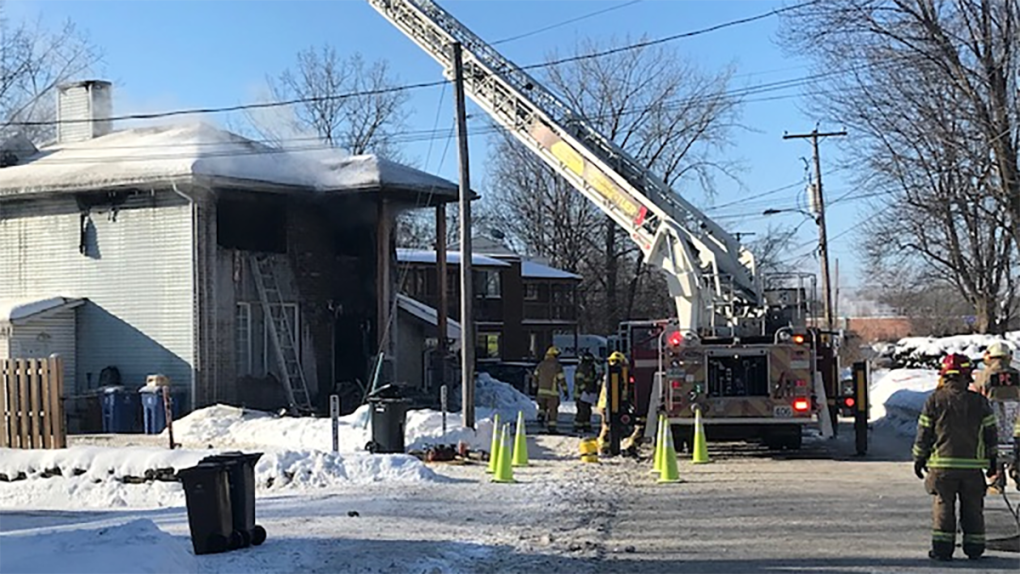 Investigators are searching for the cause of a Wednesday morning fire at an apartment building on Rue St. Andre. (Jim O'Grady/CTV News Ottawa)

One person has died following an early morning fire in Gatineau, Que.

Emergency crews responded to a fire in an apartment building on Rue St. Andre at approximately 5:30 a.m. Wednesday.

Three people were able to get out of the burning building on their own.

Gatineau fire says a fourth person, a man in his 40s, was removed from the burning building by firefighters.  The man was pronounced dead at the scene.

A firefighter and one of the tenants of the building were transported to hospital with non-life threatening injuries.