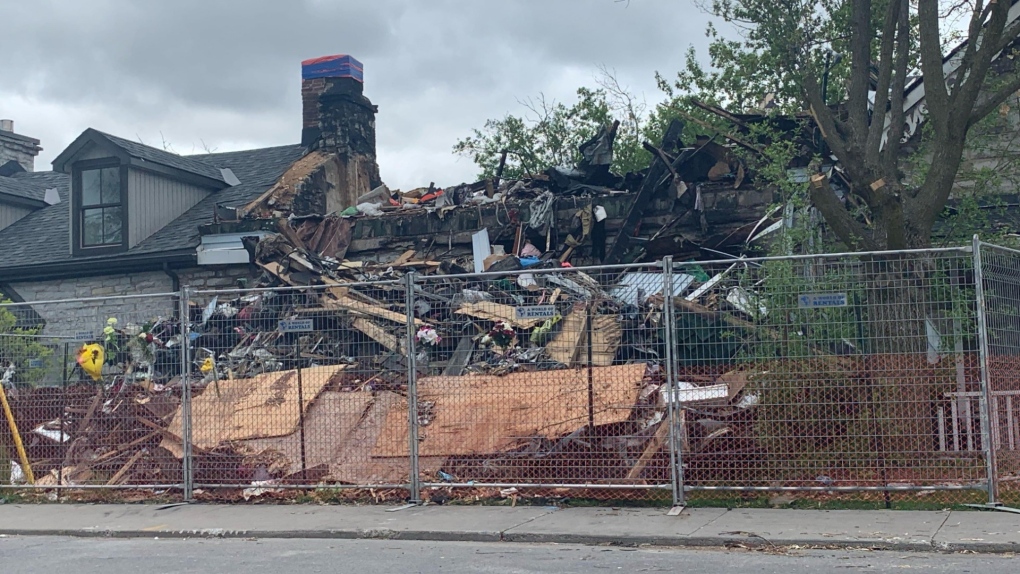 Aftermath of a house fire on Charles Street in Kingston, Ont. that left one person dead. (Kimberley Johnson/CTV News Ottawa)

Kingston Police have confirmed a body was found after a house fire on Charles Street last week.

Police tell CTV News Ottawa that they are working with the Regional Coroner's Office during the investigation to determine the person's identity.

Police say no next of kin notifications have been made, as the investigation is ongoing.

Kingston Fire and Rescue and the Office of the Fire Marshall are continuing to investigate the cause of the blaze.

The on scene portion of the fire investigation has been completed.

The fire last week shut down Montreal Street between James St. and John St. and Charles St. between Patrick St. and Bagot St.

It has since reopened.

Police in Saanich, B.C., say they continue to investigate the possibility that a "third suspect" was involved in a fatal shooting at a bank that left two suspects dead and six officers injured Tuesday.