One man hospitalized after fire in Carp 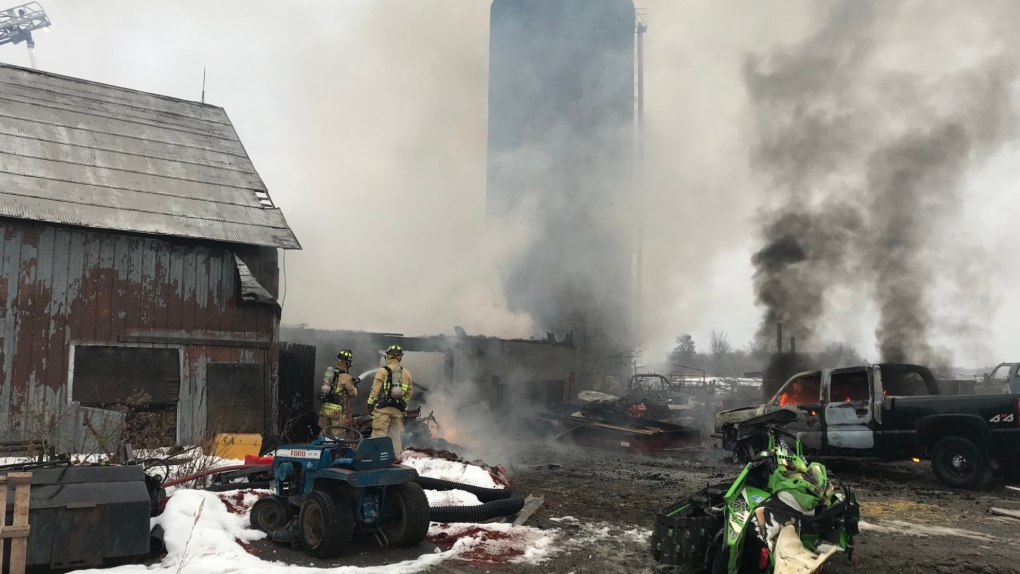 Ottawa firefighters battle a blaze at a farm on Diamondview Road in Carp. Nov. 30, 2020. (Photo courtesy of Ottawa Fire Services)

OTTAWA -- Ottawa Paramedics say a man in his 20s is in serious condition in hospital with smoke inhalation after a fire in Carp.

Ottawa Fire Services (OFS) says several 911 calls came in at around 8:20 a.m. Monday from Diamondview Road, reporting that a building was on fire.

Firefighters arrived at 8:30 to find a storage building engulfed in flames and, within two minutes, the roof of the building collapsed.

Crews worked to extinguish the flames and protect other nearby buildings. They also helped move equipment from a nearby shed to protect it from damage.

Firefighters performed first aid on one person before he was taken into the care of paramedics.

The fire was declared under control at 9:26 a.m.