One dead, another injured in Pembroke stabbing 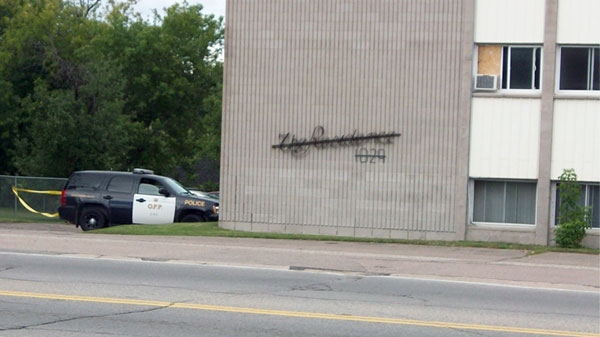 A stabbing in Pembroke, in the upper Ottawa Valley, has claimed the life of one man and left another injured.

OPP were called to a multi-unit apartment on Pembroke Street East at about 3.30 a.m. Friday after tenants reported screaming.

A man in a second-floor apartment was found stabbed to death. Another man -- believed to be his attacker -- was wounded.

The victim is believed to be a former employee at the Pembroke East Mall. His name is being withheld until his family can be told.

No word yet on charges.