Olympians from Ottawa and region to watch in Tokyo 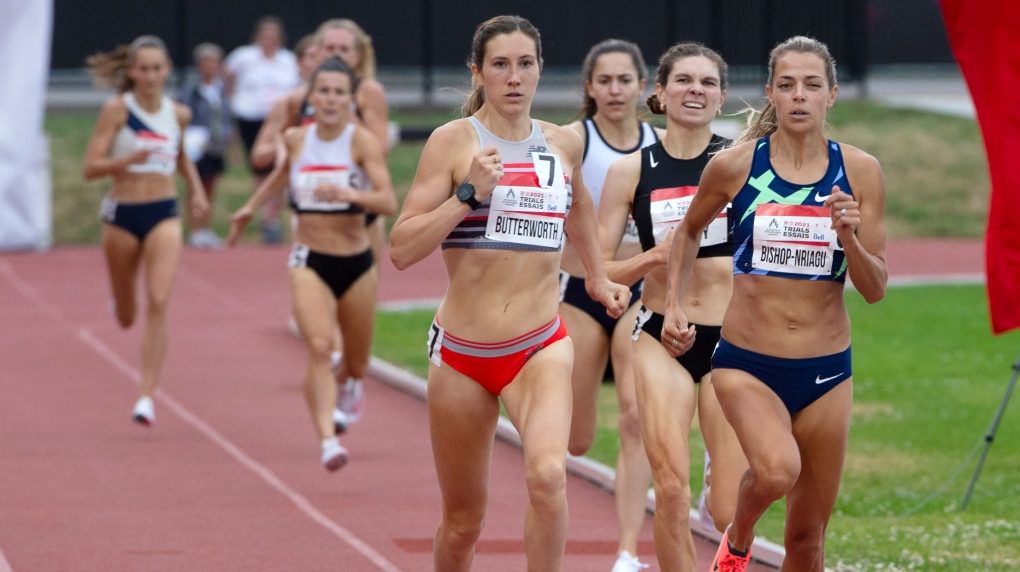 Lindsey Butterworth, of North Vancouver, B.C., leads Melissa Bishop-Nriagu to the finish line to win the Women’s 800m final to qualify for the Tokyo Olympics, at the Canadian Track and Field Olympic trials in Montreal, Friday, June 25, 2021. THE CANADIAN PRESS/Ryan Remiorz

OTTAWA -- Thirty-five athletes who call Ottawa, Gatineau or eastern Ontario home will be participating in the Summer Games in Tokyo this year.

Here are local athletes to keep an eye on this year.

Aaliyah Edwards won gold in 2017 in the U15 National Championships playing for Team Ontario and was named tournament MVP. Since then, she has gone on to win gold in the FIBA American Championship, and helped bring the University of Connecticut Huskies to a NCAA Final Four appearance in 2021.

Ali ten Hove and Toronto's Mariah Millen (also on the Olympic team) have been sailing together since 2016 and earned their Olympic spot with a fourth-place finish at the Pan American Games in Lima, Peru in 2019.

This will be Alicia Brown's second Olympic Games. She competed in the Summer Games in Rio de Janeiro in 2016. She ran in the 4x400m relay team in Rio, which finished fourth, a best showing for Canada since the 1992 games in Barcelona, Spain. 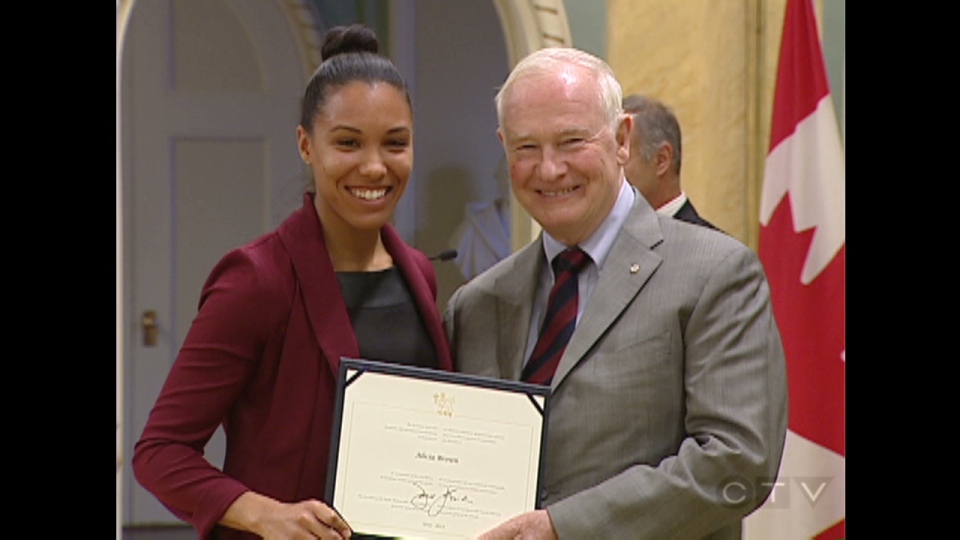 Bailey Andison first represented Canada on the international stage in the 2017 Universiade in Taipei. She won bronze in 200m individual medley at the 2019 Pan American Games in Lima, Peru. 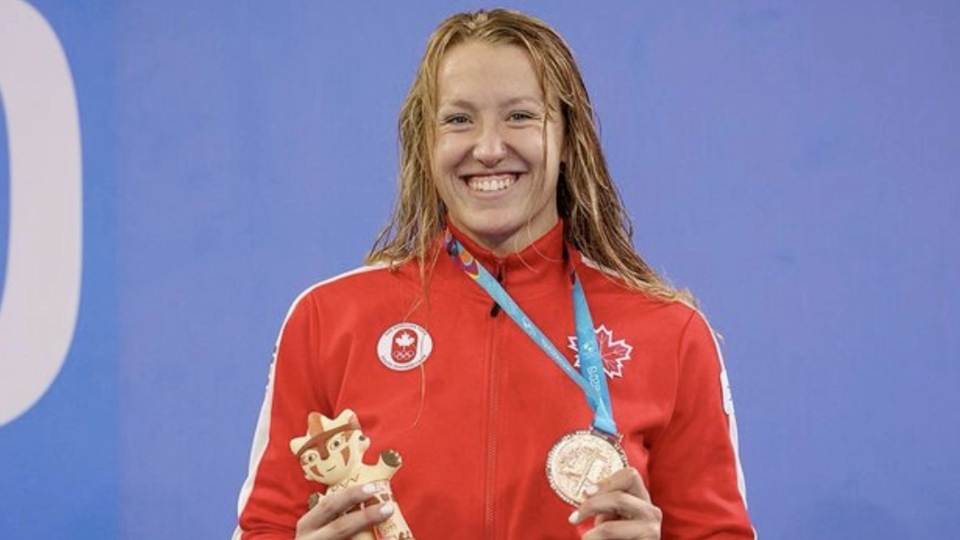 Photo: Smiths Falls native Bailey Andison won a bronze medal at the 2019 Pan American Games in Lima, Peru. She will compete at the Tokyo Games this summer. (Instagram/Bailey Andison)

Britt Benn was part of Canada's first-ever bronze-winning women's rugby team at the Summer Games in Rio in 2016. The year prior, she was a member of the gold-winning Team Canada at the 2015 Pan Am Games in Toronto.

Brooke Henderson is one of Canada's most accomplished athletes and has more tournament wins under her belt than any other Canadian pro golfer in history. She won her 10th career LPGA tour title in April 2021. She represented Canada at the Summer Games in Rio in 2016, tying for seventh in golf's return to the games after 112 years. 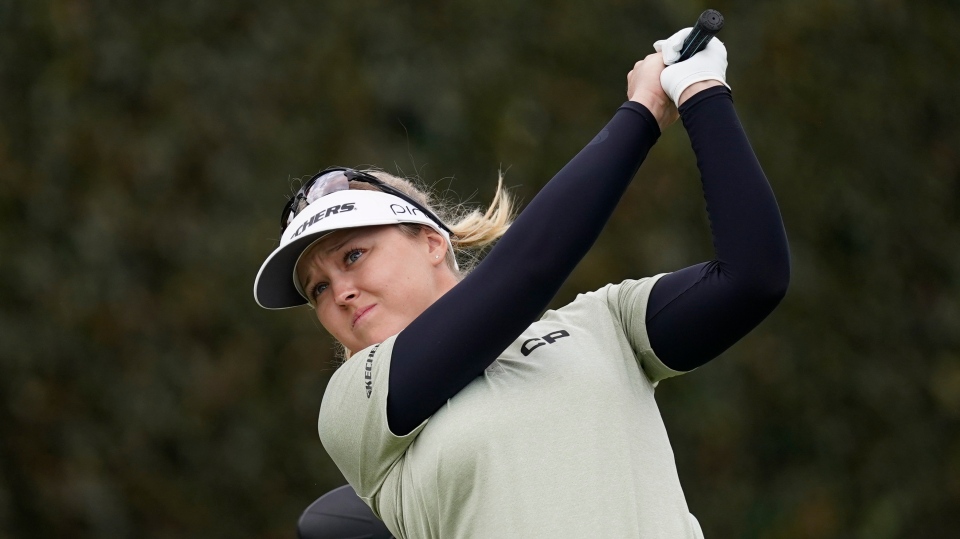 Cam Smedley represented Canada in Rio in 2016, where he finished 15th in the C-1 event. He clinched his Olympic spot at the 2019 ICF Canoe Slalom World Championships with a ninth place finish and came in fifth in the Tokyo 2020 test event.

He won silver at the 2015 Pan Am Games in Toronto.

This will be Conlin McCabe's third Olympic Games. He made his debut in London in 2012, as part of the silver-medal winning Canadian men's eight. He came in sixth with the four at the 2016 games in Rio.

McCabe also won two gold medals at the 2015 Pan Am Games in Toronto with the four and the eight. 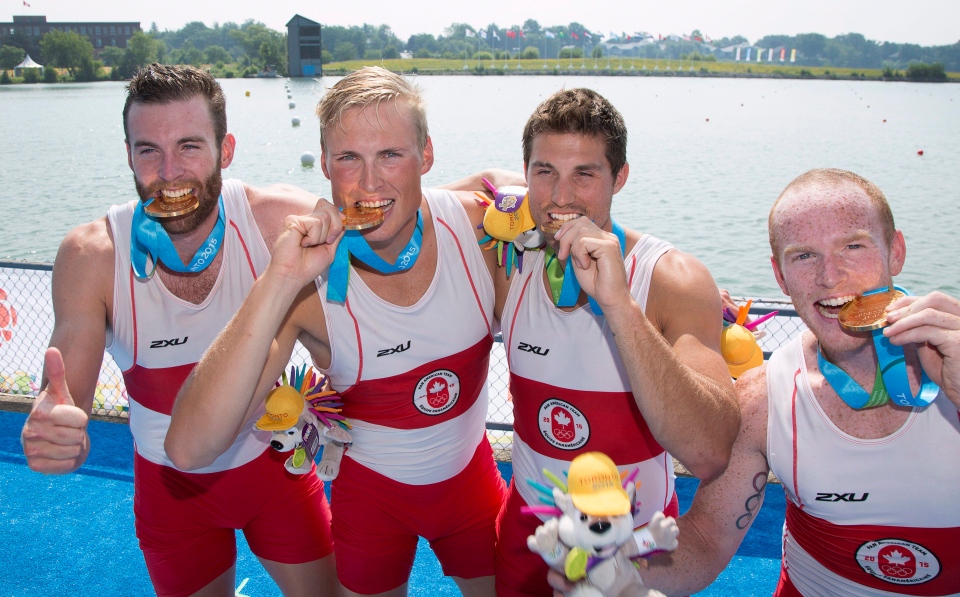 Gee has won several medals in team pursuit on the world stage from 2017 through 2019, culminating in two gold medals at the 2019 Pan American Championships for team pursuit and the omnium. This is Gee's first Olympics.

Erica Wiebe is an Olympic gold medallist, standing atop the podium in Rio in 2016. She is one of only three Canadian women to win an Olympic medal in wrestling for Canada, the others being Tonya Verbeek in 2004 and Carol Hyunh in 2008.

Most recently, Wiebe won bronze at the International Ukrainian Tournament and gold at the Matteo Pellicone Tournament earlier this year. 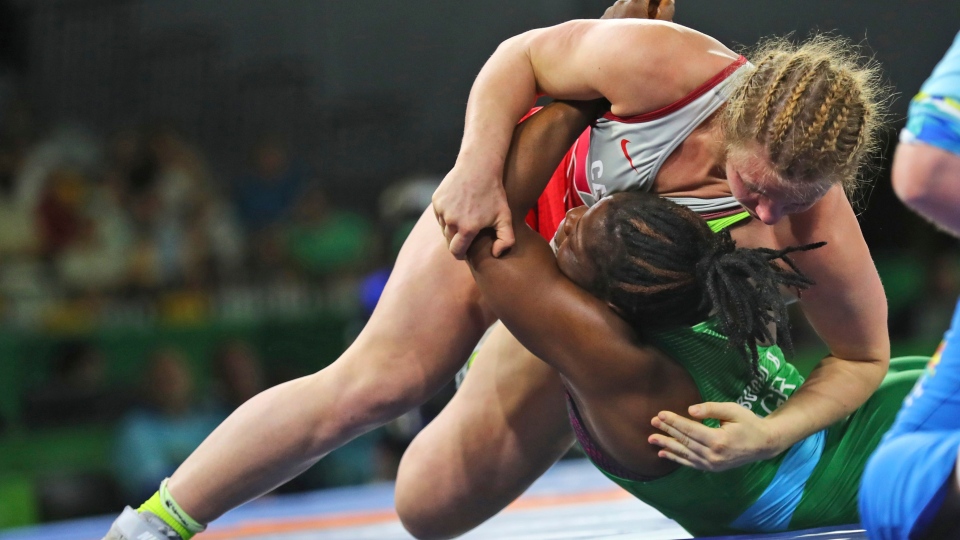 Eugene Wang was born in China but received his Canadian citizenship in 2012 and represented Canada just weeks later at the Summer Games in London.

This will be Gaby Dabrowski's second Olympics, after making to the second round in women's doubles in Rio in 2016 alongside Eugenie Bouchard. Dabrowski is the fist Canadian woman to win a senior Grand Slam title with mixed doubles wins in the 2017 French Open and 2018 Australian Open.

Dabrowski won gold in women’s doubles with Carol Zhao at the 2015 Pan Am Games in Toronto and silver in mixed doubles with Philip Bester. 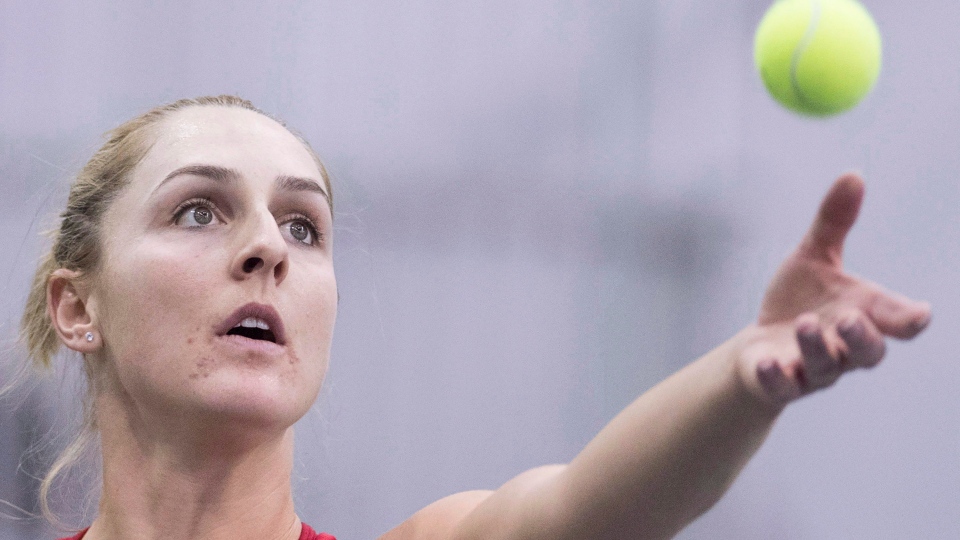 Photo: Gabriela Dabrowski of Canada serves during her match against Kateryna Bondarenko of Ukraine at the Fed Cup tennis tournament in Montreal, Sunday, April 22, 2018. (THE CANADIAN PRESS / Graham Hughes)

Jennifer Casson has been representing Canada on the world stage since the 2013 CanAmMex Regatta. She and partner Jill Moffatt earned an Olympic spot for Canada in 2019 with an eighth place finish in lightweight double sculls at the 2019 World Championships.

Jillian Weir won the Canadian women's hammer throw title in 2018 and won a hammer throw silver the 2018 NACAC Championships in Toronto. She placed eighth in the hammer throw at the 2019 Pan Am Games in Lima.

Joanna Brown represented Canada at the 2015 Pan Am Games in Toronto, coming in 13th place but later went on to win a bronze at the 2018 Commonwealth Games in Australia and another bronze at the World Triathlon Series in Bermuda in 2019.

Jordan Steen has won two medals at the Jeux de Francophonie, a silver in 2013 and a gold in 2017. He also won a bronze medal for Canada at the 2018 Commonwealth Games. He qualified for the 2020 games in Tokyo at the Pan American Wrestling qualification tournament in Ottawa in March 2020.

Kelleigh Ryan has been a member of Team Canada for more than ten years. She won a team foil silver at the Pan Am Games in Guadalajara in 2011 and gold at the 2015 Pan Am Games in Toronto. She was a support team member for Canada at the Summer Games in Rio in 2016.

She has also won 14 medals at Pan American Championships dating back to 2008.

Gale started running at age 9, and competing at age 12. She was drawn to the sport because she enjoys being fast and winning. This is the first Olympic Games for the 21-year-old.

Kelly has wanted to represent Canada ever since watching Melissa Bishop of Eganville compete at the 2012 Olympics in London. Kelly finished third in the 800-metres at the 2021 Olympic Track and Field Trials in Montreal. 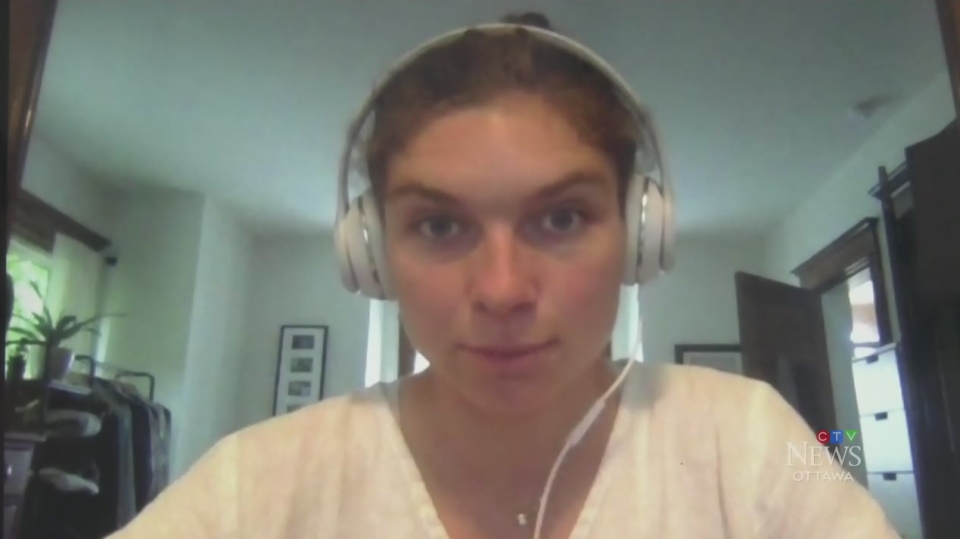 Schmidt first represented Canada internationally at the 2011 Junior World Championships, making the final in the K2 200 m. In 2018, Schmidt and the K-4 500 m crew won gold at the Pan American Championship in Dartmouth, N.S. Schmidt also won gold in the K-1 1000m.

Mullins made his debut with the senior sevens national team in front of a home crowd at the 2015 Toronto Pan Am Games, scoring a pair of tries in his first game. He helped Canada win their second consecutive gold medal at the Pan Ams. Mullins played one season with Queen's University before joining the national program. 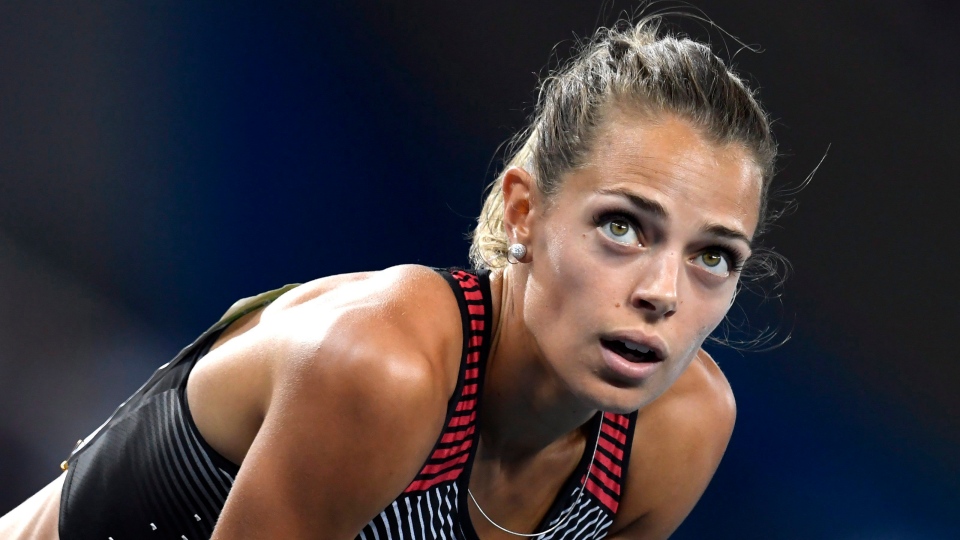 Photo: Canada's Melissa Bishop looks up at her time after competing in the women's 800-metre semifinal at the 2016 Summer Olympics in Rio de Janeiro, Brazil on Thursday, August 18, 2016. (THE CANADIAN PRESS / Frank Gunn)

This is the first Olympic Games for Michael Foley. In 2018, Foley competed in track and road cycling at the Commonwealth Games in Gold Coast, Australia, winning bronze in the team pursuit. At the 2019 Pan American Championships, Foley won two gold medals, in the team pursuit and points race.

This is the third Olympic Games for Tayler, who also competed in 2012 in London and 2016 in Rio. Tayler burst onto the senior international scene when he claimed Canada's lone canoe-kayak slalom spot for London 2012. At Rio 2016, Tayler missed advancing to the semi-final by one-spot, placing 16th.

Woods is appearing in his second Olympic Games, after competing in Rio in 2016. Woods rode into the Canadian history books with his bronze medal in the road race at the 2018 UCI World Championships – the first medal by a Canadian man in the event in 34 years. In Oct. 2019, Woods made his Tour de France debut. Woods left the 2021 Tour de France before the finish to focus on preparations for Tokyo. 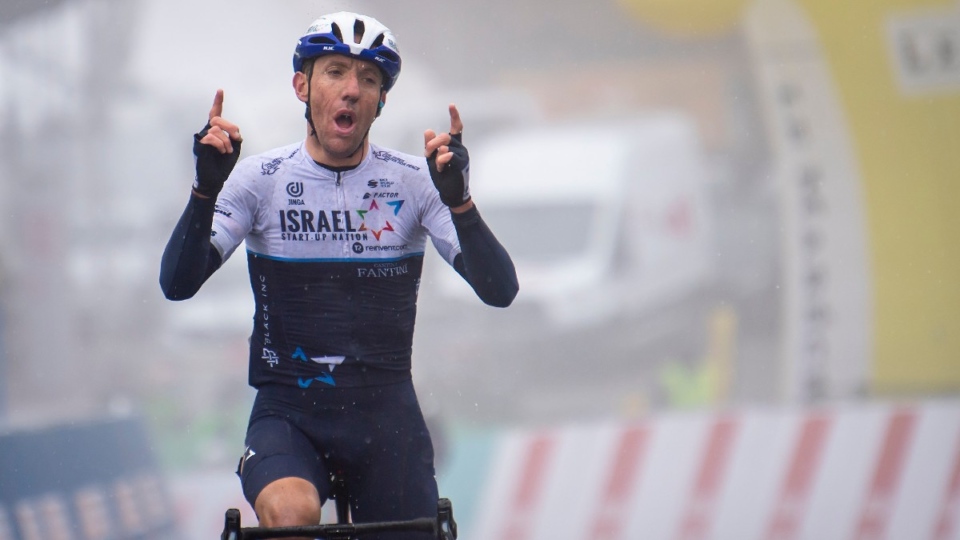 This is the first Olympic Games for Maar, who made his international debut with the senior national team in 2015 at the Pan Am Cup. Maar played collegiately at McMaster University in Hamilton.

This is the second Olympics for Nedow, who also competed in 2016 in Rio. Nedow won bronze at both the 2014 and 2018 Commonwealth Games. Nedow has said this will be his final Olympic Games.

Gilles is making her Olympic debut for Canada at the Summer Games in Tokyo. Gilles made her first appearance with the Canadian National Team in 2019 in an international friendly against Switzerland. Gilles plays professionally for French D1 club FC Girondins de Bordeaux.

After representing Canada in speed skating at the Winter Games in Sochi and PyeongChang, De Haître is set to compete at his first Olympic Summer Games in Tokyo. De Haître had a top-20 finish in the 1000m in 2014 in Sochi and competed in the 1000 m and 1500m in 2018 in China. After switching his focus back to his Summer Olympic journey, he won three silver medals at the 2018 Canadian Track Championships and was part of the team pursuit gold at the 2019 Pan American Championships.

This is the third Olympic Games for Crothers, after competing in Rio in 2016 and London in 2012. Crothers was a member of the men's eight that won silver at London 2012. In 2016, Crothers and the men's four advanced to the A final, finishing sixth. He began rowing at age 14, and has been competing internationally for Canada since 2004.

Bonhomme will make her Olympic debut for Team Canada in Tokyo. Bonhomme joined Team Canada on the UCI World Cup circuit during the 2017-18 season and won her first World Cup medals, helping the team pursuit capture silver in Poland before a gold on the home track in Milton. She won team pursuit gold and points race bronze at the Pan American Championships.

This is the second Olympic Games for Canuel, who also competed at the 2016 Summer Games in Rio. The 33-year-old was Canada's top finisher in the women's road race in 2016. Canuel made history in 2014 when she became the first Canadian cyclist to win world championship gold in the team time trial. In 2019, Canuel won the road race at the Canadian championships, her first victory in that event since joining elite competition.

Hoag was the youngest member of the Canadian men's volleyball team when he made his Olympic debut in 2016 in Rio. Hoag's father Glenn was part of the team that finished fourth at the Summer Games in Los Angeles in 1984. Hoag and Canada won bronze at the Pan American Games in Toronto in 2015. 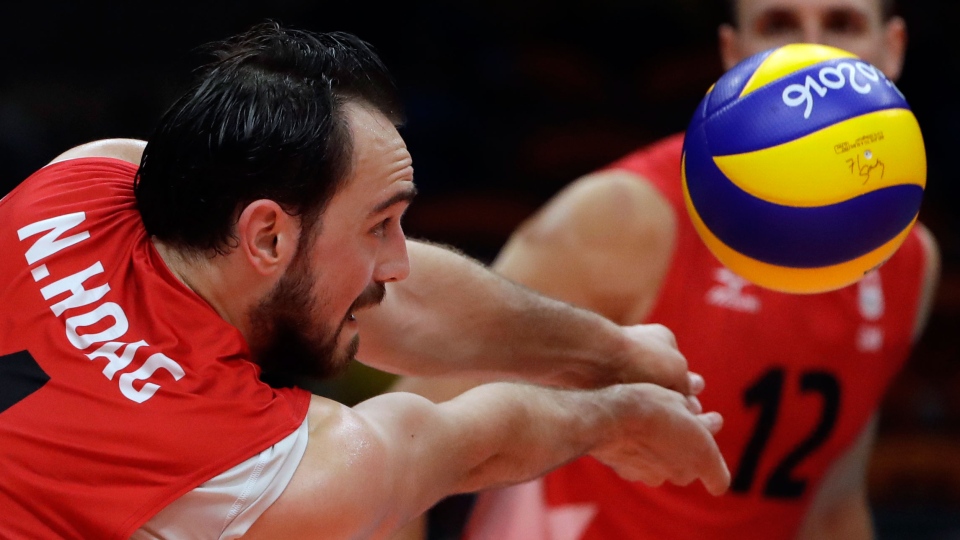 This is the first Olympic Games for Buisa. Buisa first joined the Canadian program in 2014 as a member of the development team. In 2019, Buisa helped Canada win a gold medal at the Pan Am Games in Lima. Buisa had been a basketball player, but was too aggressive of a player and the school rugby coach suggested she try a sport that completely her physicality.