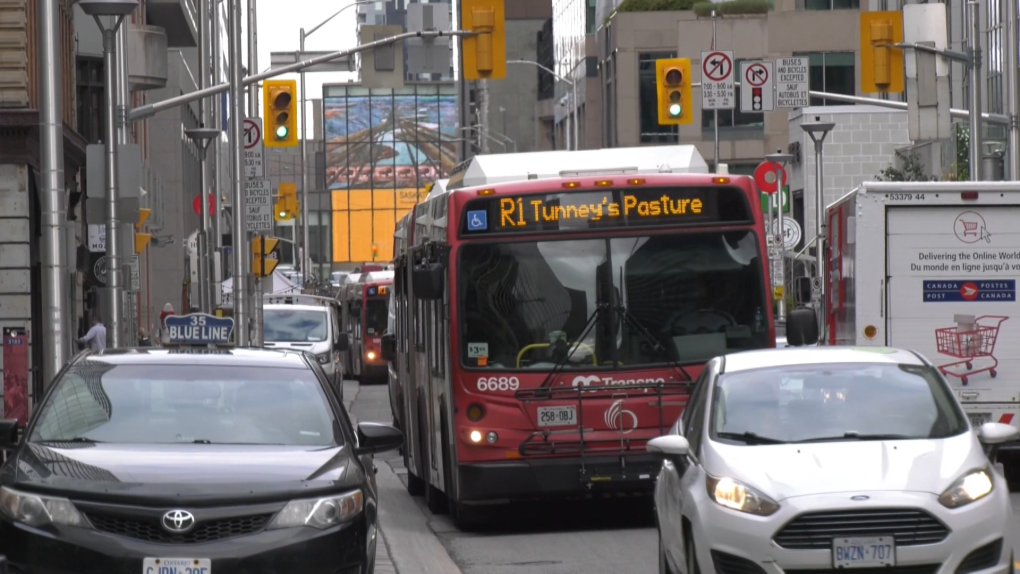 OTTAWA -- The replacement buses that replaced Ottawa's light rail system while it was shut down will stop running after Tuesday’s evening rush hour, the head of OC Transpo says.

The LRT resumed partial service on Friday, but OC Transpo continued to run the R1 buses as another option for east-west passengers.

The train service had been shut down since Sept. 19 after two derailments in six weeks.

They ran only during peak periods on Monday after running all day last Friday and through the weekend.

OC Transpo diverted buses from other routes to provide the R1 service.

Council passed a motion last month to extend the maximum transfer time on OC Transpo by 60 minutes while R1 service was in place.

However, “given that OC Transpo reliability has increased since the resumption of O-Train Line 1 service, the transfer periods remain 90-minutes for most of the day and 105-minutes in the early morning and late in the day,” Amilcar said.

The city is going to consider a permanent two-hour transfer window after council passed another motion directing them to look into it. Staff are expected to report back in the second quarter of 2022.

Fare increase could be delayed

Coun. Allan Hubley, the chair of the Transit Commission, says he plans to introduce a motion at Wednesday’s meeting that would see a planned fare increase delayed.

Average OC Transpo fares are set to increase by 2.5 per cent on Jan. 1.

However, Hubley’s motion would see that planned increase delayed until one month after the LRT has the full complement of 15 trains running.

City officials say they hope full service will be in effect by mid-December.

That would mean the fare increase could be delayed until at least mid-January.