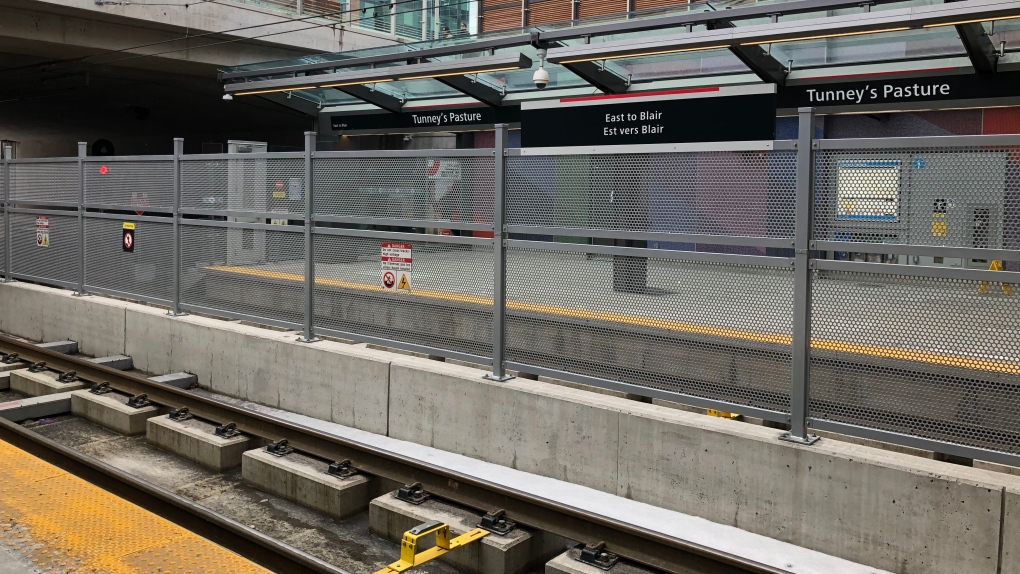 OTTAWA -- OC Transpo says it had to get transit supervisors and special constables to fill in for spotters on LRT platforms Wednesday, during a CCTV camera outage, because RTG had not fully staffed the stations.

The cameras that the train operators use to view the platforms went down across the entire Confederation Line at around 10 a.m. Wednesday.

When that happens, train drivers must either rely on a spotter on the platform to whistle the all-clear to depart, or contact the control centre, whose cameras are still functional, to give them permission to leave each station.

In a memo Wednesday, Transportation General Manager John Manconi said Rideau Transit Group had not provided enough qualified spotters when the cameras went down, so OC Transpo employees had to fill in.

In a statement Thursday, Director of Transit Operations Troy Charter said a variety of staff acted as spotters until RTG fully staffed each platform.

"A variety of staff from OC Transpo, such as Transit Supervisors and Special Constables, were deployed to augment RTG’s staffing yesterday," Charter said. "OC Transpo staff who were augmenting RTM staff yesterday were trained in advance of supporting platform operations. Spotters are required to understand train operations. They were provided direction on how to actively monitor all train doors when a train is stopped at the station and when to advise the operator that it is safe to depart."

Charter said there has been one other time when the CCTV system on the line was not fully functional, but both RTG and OC Transpo staff were in place.

In an email, RTG said there was no risk to the safety of passengers during Wednesday's camera failure.