The wife of the driver of the OC Transpo double-decker bus that collided with a Via Rail train in Ottawa, killing at least six people, is defending her late husband as a great driver.

Driver Dave Woodard and five bus passengers died after the collision at a level crossing during the morning commute on Wednesday. It's still unclear what led to the accident, but passengers and witnesses say the driver didn't appear to slow down as he approached the level crossing.

Some passengers said they were yelling, "Stop! Stop!" as the bus crashed through a flashing barrier and into the slow-moving train.

"Because he's not. He had a clean record," she said Thursday morning, her voice breaking on the phone.

"And I just want to say, my sympathies to the other families and please don't blame him. Something must have gone wrong because there's no way he would have just driven through. His main job was to make sure that his passengers were safe."

Woodard says her husband was a wonderful man, father and brother.

"He always makes me laugh. I couldn't wait to come home to him. He's an amazing man."

She said the day before the accident was her birthday.

"He showed up at my work with flowers and balloons," she said, noting that he would have had to clear many levels of security to bring her the gifts. "He would do anything to make me happy."

She said her husband had "the greatest heart" and always did whatever he could for others before we would serve himself.

"I don't know what to say. I miss him already and he's been gone only one day," she said.

Earlier, Terry took to Facebook to defend her husband.

"Let me tell you that Dave would (have stopped) at the barricades if he knew he would (have) had time," she wrote. "Something had to go wrong. He's an amazing driver. Please stop saying bad things about him. He's not a monster."

Many of Dave Woodard's co-workers agreed that Woodard was a good man as well as a good driver.

"He was my friend. We were hired in the same group together, 10 years ago," co-worker Dawn Boivin, told reporters.

"If I know him, he would have done everything in his power to prevent what happened."

Another co-worker, Rob, said Woodard would be missed.

"The guy was a straight shooter, just an amazing guy, well-liked by all of us. We're all in disbelief. It's one less family member."

Amalgamated Transit Union President Craig Watson says Woodard was familiar with the section of road where the crash occurred.

Yet another co-worker, Peyman Shamsi, said he was "one of the nicest guys" at the bus company.

"I couldn't even say a bad thing about him," Shamsi told The Canadian Press.

"I'm really shocked, I don't know what happened," he said, adding, "I'm surprised because he was a safe driver."

With a report from CTV Ottawa's Claudia Cautillo 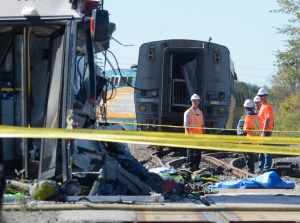 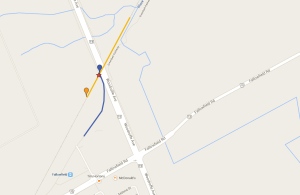 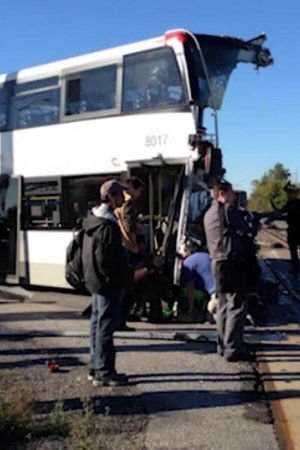 Eyewitness reports, reaction from the scene