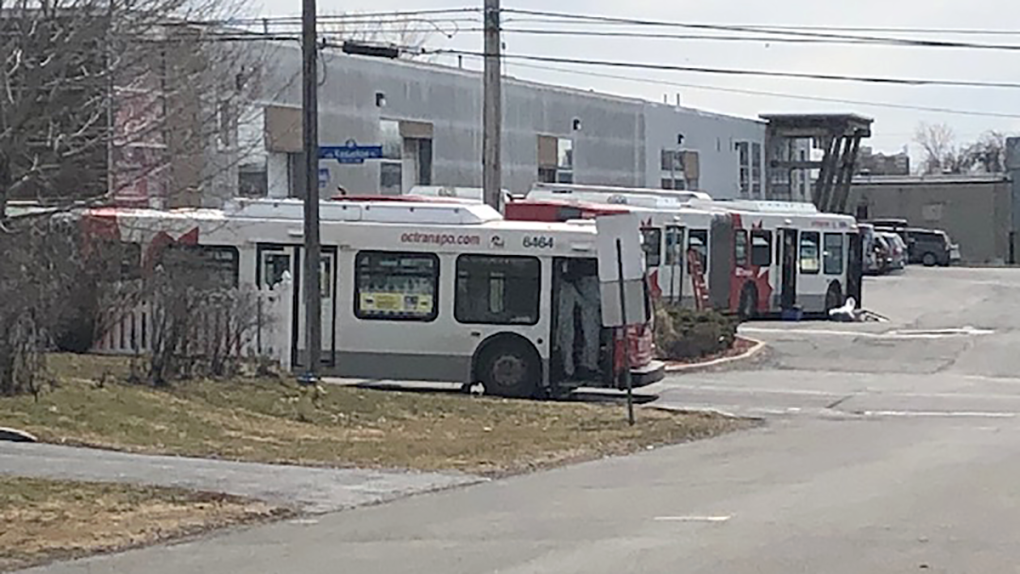 One of the five buses driven by an OC Transpo driver that tested positive for COVID-19 is being sanitized by a third party vendor.

OC Transpo tells CTV News Ottawa a third party vendor is performing the sanitizing before the buses return to service.

In a memo to Councillors, Transportation Services General Manager John Manconi said OC Transpo has identified and removed the vehicles driven by the operator from service.

“These vehicles will undergo a deep clean and full sanitization before returning to service.”

A viewer told CTV News Ottawa on Thursday they saw staff in full protective gear cleaning an OC Transpo bus in the area of Kenaston and Gossett Streets.

In a statement to CTV News Thursday evening, Director of Transit Operations Jim Greer said “this particular bus is one of the five buses that was recently identified as being driven by the operator who tested positive for COVID-19.”

“As described in the memo to Council, as an additional precaution, the buses were removed from service in order to be sanitized. The bus is currently located at the facility of a third party vendor who is performing the sanitizing,”

Greer adds “OC Transpo is taking the additional measures to have these five buses deep cleaned to protect the health and safety of our employees and customers.”