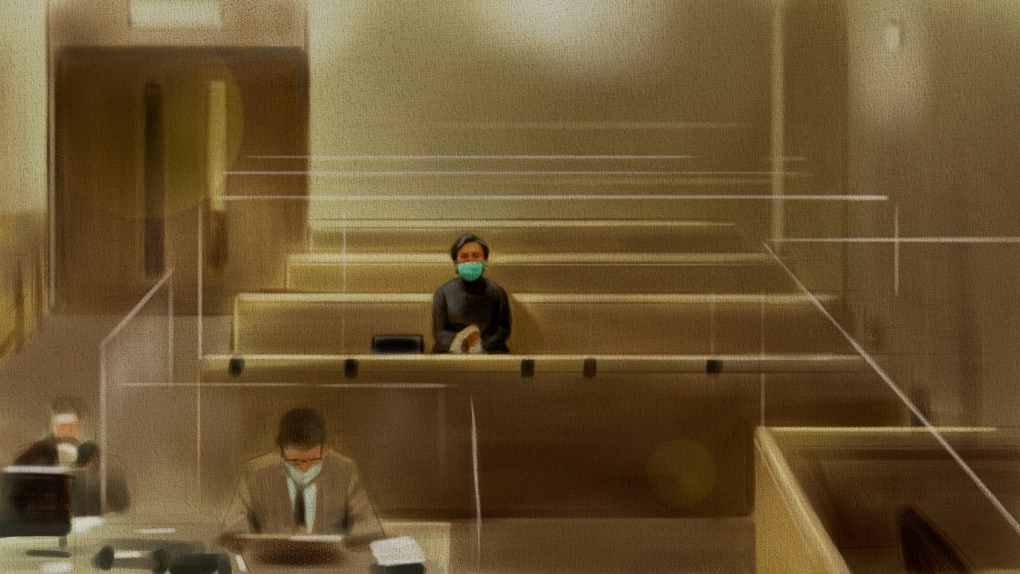 OC Transpo bus driver Aissatou Diallo is pictured in this court sketch from the second day of her trial, March 23, 2021. Diallo is facing 38 charges in connection with the fatal Westboro bus crash of 2019. (Courtesy: Greg Banning)

OTTAWA -- The trial for the OC Transpo bus driver charged in connection to the fatal Westboro bus crash heard from an OC Transpo instructor on the third day of testimony.

The court also saw video Wednesday of Aissatou Diallo’s entire bus trip from January 11, 2019, leading right up to the time of the crash.

The instructor's testimony focused on the training elements all new drivers go through before operating a bus at OC Transpo, including several defensive driving strategies.

He also focused on specific elements of how bus 8155 and other double-decker buses operate differently.

There was much talk about the breaking system used on the double-decker bus and its ability to stop in an emergency situation — with the help of a specific spring break valve.

In its opening statements Monday, the crown alleged Diallo did not apply the brakes and did not steer the bus back onto the road the day of the crash.

Court also heard Wednesday from both sides regarding a specific sound heard on the bus in the moments before the crash happened, a key point in the case so far.

Three people were killed and 35 others were injured when a double-decker bus struck an overhang at the Westboro Station at 3:50 p.m. on Jan. 11, 2019.

The OC Transpo driver instructor’s testimony is set to resume Thursday, as well as cross examination.