O-Train Trillium Line out of service for next two years 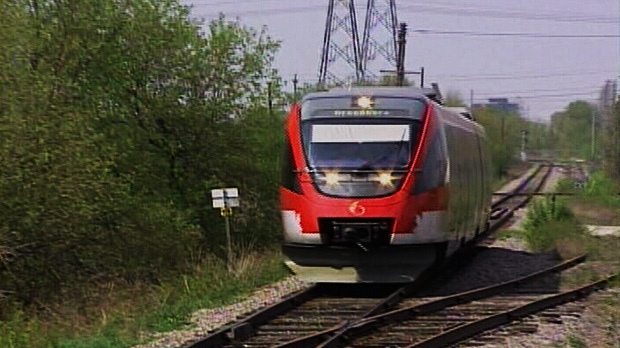 OTTAWA -- The original O-Train is now parked for two years.

The north-sound line from Bayview to South Keys has closed to allow for the $1.6 billion construction project to expand the line to Riverside South, with a link to the Ottawa International Airport.

OC Transpo says during construction, “R2 bus service” will run along the entire line, with buses stopping at all stations along the O-Train line, as well as South Keys, Walkley and Heron stations. There will also be stops at Preston/Gladstone.

Replacement bus service will run at least every 15 minutes.

The City of Ottawa is implementing a new “bus-only lane” northbound on Bronson Avenue to reduce travel time and improve reliability at busy times.

The new 16 kilometre O-Train Trillium Line is scheduled to open in September 2022. There will be eight new stations along the route.