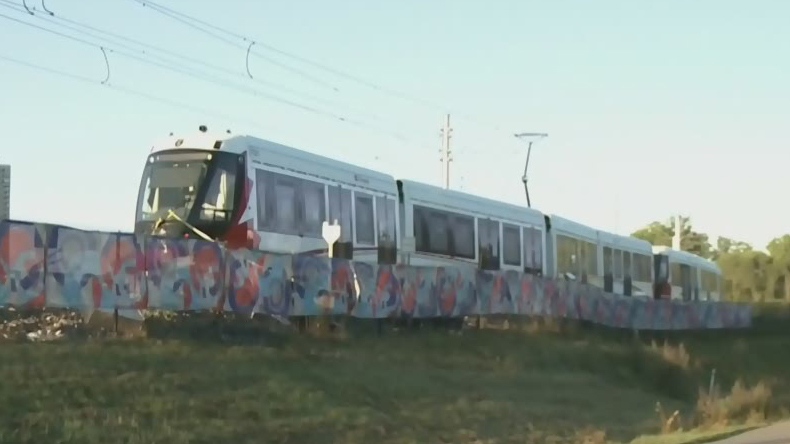 OTTAWA -- As Ottawa commuters start a second week without O-Train service to get to work and school, OC Transpo continues to adjust the R1 replacement bus service to meet demand.

An outside expert will arrive in Ottawa Monday to begin a preliminary assessment of the plans to resume service on the Confederation Line following the derailment eight days ago.

The two-year-old Confederation Line has been out of service since Sept. 19, after an LRT car derailed near Tremblay Station, damaging the train, the track and rail infrastructure. There were 12 passengers and a rail operator onboard the train at the time of the derailment. No one was hurt.

Starting today, all R1 buses in Ottawa's east end will bypass Cyrville Station in both directions to "make travel times faster for most customers" between Blair Station and downtown Ottawa, says Manconi. A special shuttle bus will run between Cyrville and St. Laurent Stations.

Last week, OC Transpo launched direct trips between Blair Station and the downtown area during the morning and afternoon commute every 10 minutes.

"New schedules for R1 bus service will be in place based on observed operating conditions. These will increase reliability of service," said Manconi.

The transit service also deployed high-capacity articulated and double-decker buses to the R1 replacement bus service from other routes.

Some councillors have complained routes in their wards have been cancelled to accommodate the additional buses on the R1 replacement bus service.

In a statement, OC Transpo said 23 routes are affected.

"Maintaining the R1 replacement service has required some trips to be cancelled or modified on other routes across the system. Some trips are now operating with 40-foot buses instead of high-capacity articulated or double-decker buses. In some cases, the waiting time between trips has been increased at certain times on certain routes. No crucial trips at the busiest times, or first or last trips, have been removed. In total, 148 trips over 23 routes have been withdrawn to support the R1 service," said the city's director of transit customer systems Pat Scrimgeour.

"During the period that O-Train Line 1 service is suspended, the R1 replacement bus service is the main spine of the OC Transpo network, and it has the highest priority. A dedicated team is working to sustain and make improvements each day to the R1 service to better meet customers’ travel requirements based on the actual operating conditions and ridership patterns."

Scrimgeour said trips that were withdrawn to supplement R1 service were removed from schedules in the online travel planner.

Officials with STV Inc. are scheduled to arrive in Ottawa to begin a preliminary assessment of the derailment and the return to service plan for Ottawa's LRT system.

City Manager Steve Kanellakos announced Friday the city has retained STV to undertake an "independent and impartial review" of the cause, actions, safety plans and return to service for Line 1.

STV consulted with the city during construction of the Confederation Line; however, the city says the company was not involved in the actual construction project.

Rideau Transit Group said last week that it could be three weeks before the system is repaired and full-service resumes.  The city told CTV News Ottawa on Friday afternoon there is no update on when the train service could resume.

Kanellakos says the city continues to work with the Transportation Safety Board and Rideau Transit Group to determine the root cause of the Sept. 19 derailment.

Last week, the Transportation Safety Board of Canada said the LRT train actually derailed before entering Tremblay Station, approximately 500 metres from the station.