'Nothing more than a slaughter': Cormorant hunting season officially opens

BROCKVILLE, ONT. -- As Tim Poupore launched his boat into Big Rideau Lake Tuesday morning, a different kind of chill was in the air.

The temperature was around four degrees, but it was the official opening of the cormorant hunting season that had some lake residents feeling bitter.

"My parents built a cottage here back in the late sixties," said Poupore on the way to check in on a cormorant colony on the lake. "I remember coming out to look at them then. My memory is that they've always been here." 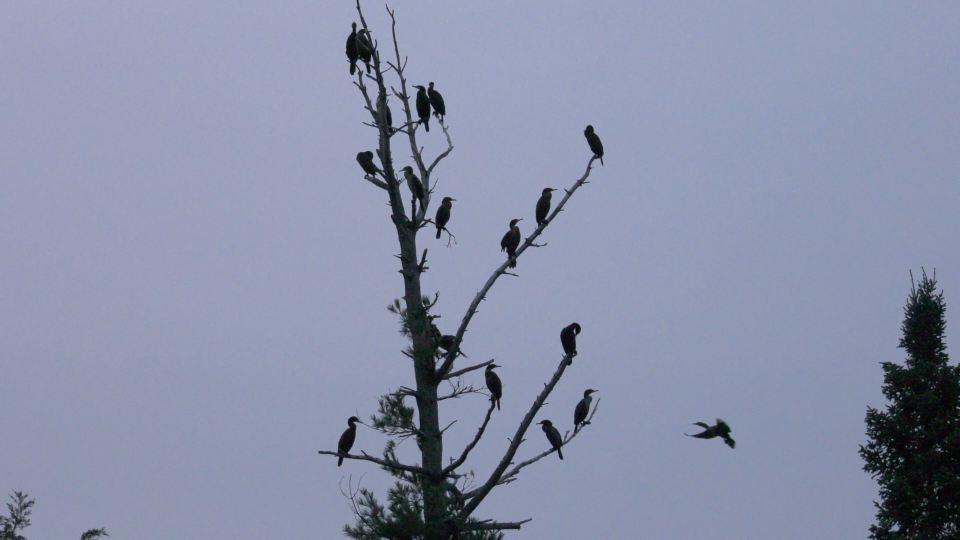 September 15 marked the opening day for hunting cormorants in the province, a season that will last until December 31.

Hunters are allowed a daily bag limit of 15 birds.

However, there is an ongoing debate about hunting the birds. Some people, including in government, say they are a nuisance and that they destroy other wildlife habitats and disrupt fishing ecosystems.

But Poupore says the data does not back that up.

"I think it's asinine. It serves no purpose," he said. "This should be data driven and it's not. There are no government studies; there is no demonstration of a need. It's just people don't like these birds and they want to blast them out of the sky."

Arriving close to the island, orange clothing can bee seen about 25 feet up a dead tree. A sign on the edge of the water says, "Don't shoot! Protect the Big Rideau Lake cormorant colony."

Poupore calls out to the man in the tree and he answers back, stating his name is Buzz Boles. 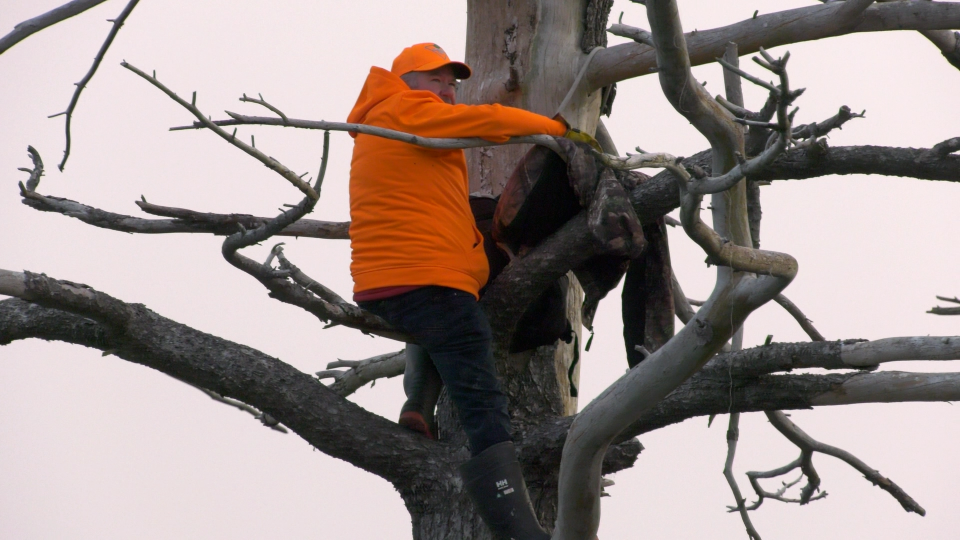 "I want to preserve this colony. I'm here for several reasons. One is to observe the hunt and see how the birds react to hunters shooting at them," Boles said.

"The other thing is this colony is very historic, it's very small, and two hunters in a day could almost wipe it out entirely. So I think this is a valuable asset to the environment of Big Rideau Lake and it needs to be preserved."

A retired wildlife biologist, Boles notes that there would normally be around 40 birds on the island, but that number is higher as more gather to prepare to migrate south.

Boles has been monitoring the colony for the past five years and has been in correspondence with the ministry of natural resources.

"They have said that I can be on this island, studying the birds anytime except during nesting season, and I've been doing that. I'm here quite legally. I have every right to sit in this tree and watch the sun come up, as is anybody else," Boles said.

Boles said wildlife management is not being followed correctly, with no objectives like the amount of birds that need to be eradicated, and what the exact purpose is. He considers the hunting nothing more than an open slaughter.

"That's unrecorded and gives the ministry no data that is useable. What are the objectives of this?" Boles asked. "This is a province wide free-for-all of just shoot the birds. This is not wildlife management."

When Minister of Natural Resources and Forestry John Yakabuski announced the hunting season back in July, he said the cormorant population was healthy and sustainable, but the government heard concerns about the birds causing damage in some communities.

"He should be ashamed, instituting a hunt like this," Boles said, when asked if he could say something to Minister Yakabuski.

Boles has been a hunter and angler all his life and said he has seen the impacts that wildlife can have on the environment.

On another island, just south of Boles' lookout, Pat Fogarty is also set up watching the birds.

"I welcome all birds and I think the cormorants are part of this natural environment and ecosystem and I think they should be left alone," Fogarty said.

"Basically, I think they should not be hunted. They (the hunters) are not taking these animals for food. They're not really food worthy. I know it's just about killing the animals and I really don't agree with that."

As Fogarty finishes talking, gunshots can be heard back by Boles.

Poupore heads over to an island where cormorants were perched on a tree. A hunter has successfully shot one and is pulling it from the water.

When Poupore pulls close, the hunters accuse him of interfering with the hunt.

"You are infracting on the fish and wildlife game law and that's why I'm taking pictures," said the man, who identified himself as Brian Preston from nearby Portland. 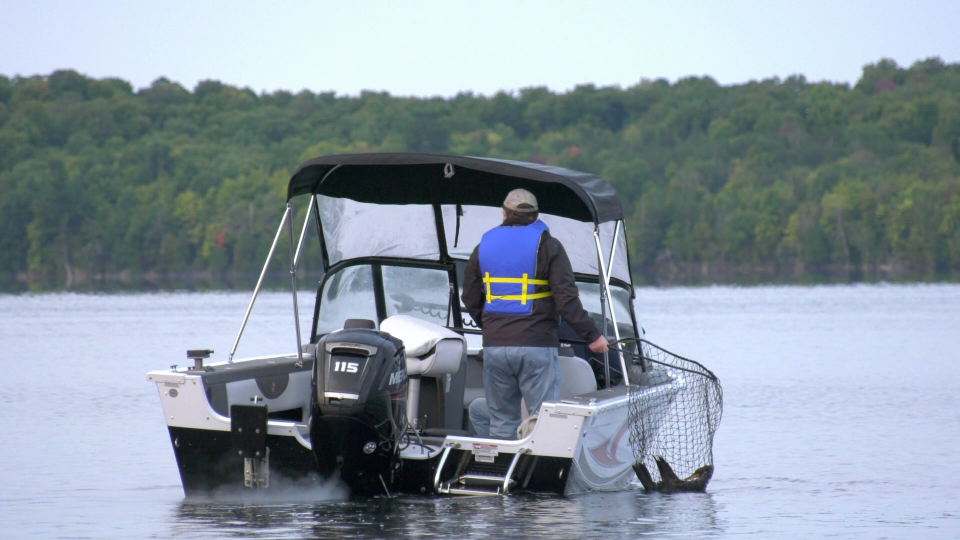 Preston also said they were reporting Boles to the ministry for interference.

"He is sitting in a tree clearly interfering with the hunt under the fish and wildlife regulations. We are reporting him to MNR now." Preston said, as the boat left the area.

For Poupore, he now hopes the temperatures will drop quickly so the birds will head south.

"They are gathering here to fly south, to migrate, and the sooner they do that the safer they'll be," Poupore said.