KEMPTVILLE, ONT. -- An eastern Ontario municipality is ranked number one in a cross-country challenge by Participaction, and now it's up to the residents to keep it there, to try and win the $100,000 prize.

Lawn signs are placed around the Town of Kemptville promoting The Participaction Community Better Challenge, which launched June 1.

It encourages Canadians to exercise in search of Canada's most active community, tracking minutes through the Participaction app.

"There were some highly motivated individuals on that committee, including teachers and engineers at CHEO, an ER doctor, public health officials, a nurse and everyone really rallied behind the concept that North Grenville could, if nothing else, be competitive," Peckford said. "And we came out of the gate even stronger than we expected!" 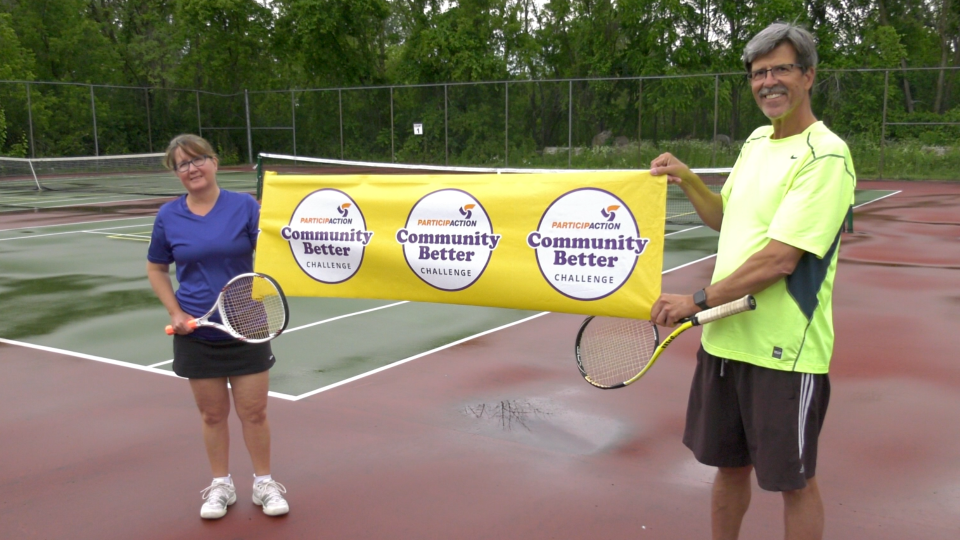 As of Friday, North Grenville is ranked number one across Canada with lots of help from active residents, like Jim Neubauer of the Kemptville Community Tennis Club.

"I think so far this month already I'm logging just over 6,000 minutes," Neubauer said. "My wife is a couple hundred minutes behind, but it's kind of a fun competition keeping it going."

Other club members have logged more than 15,000 minutes, totalling 250 hours of tennis.

"It's been huge," said Neubauer. "In fact, everyone's trying to get out and do something that's actually easy to do outside. Our idea was to bring out adults with their kids because so often adults are doing it, kids are, vice versa. So bringing them both out to try the game."

The club has also set up a 12-hour marathon tennis game on June 26, encouraging residents to join in.

"I think if we all push and stick together, we might be able to stay as number one from North Grenville," Neubauer added. "I don't want to make any predictions, but I think it's going to take more than just tennis making this happen. It's going to take the whole community." 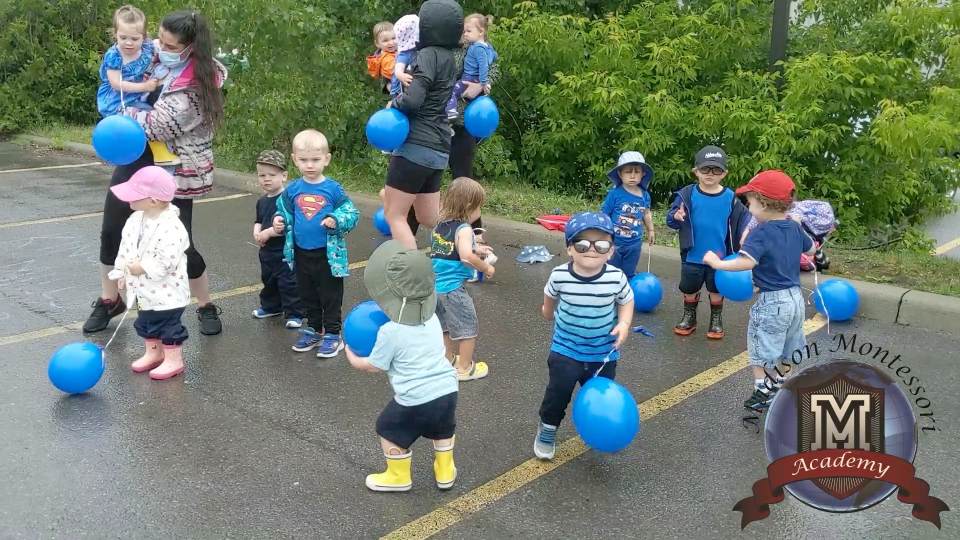 At the Madison Montessori Academy, a dance party was held for students after they logged 100,000 minutes in the challenge.

"We decided initially to participate in the challenge because we thought it was a great way for us to do something as a school," said April Hughes.

"Everyone knows kids are the most active so we do rack a lot of minutes per day. So we'll just continue doing it, celebrating when we reach those milestones," added Hughes.

"Teachers are getting really creative on ways to get active in the classrooms, which is nice to see," said Holmes.

"I just finished teaching a class of 18 students online plus a couple of parents and a couple of brothers and sisters who joined in," said Matheson outside of his classroom.

He's also been a liaison for other schools in North Grenville to join in the challenge.

"I'm doing a full workout for 40 minutes online, so they just follow along with me and then for next week I've sent them activities which they can do outside like track and field day, a water fun day, just stuff like that just to spice up the last week of school and give them some extra things to do."

The mayor also getting active and logging her minutes.

"Well, I took up rollerblading after 25 years with my 9-year-old son," she said with a laugh. "I'm doing some kayaking, I'm doing far more walking than I've done in a number of months."

Peckford challenged bigger cities like Toronto and Ottawa to take part as well.

"I know both mayors. And I said, 'OK, let's see who takes the cake here and whoever the winner is, our flag must fly in the neighboring or rival city,'" Peckford said.

"The city of Ottawa took me up on that challenge. Federal minister Catherine McKenna got in on the action. So we continue, of course, to be ranked ahead of Ottawa," she quipped.

When the challenge wraps up on June 30, the top 50 communities with the most minutes logged will send their proposals to Participaction as to why they should be crowned Canada's Most Active Community.

The winner will receive $100,000 to support physical activity in their community.

Twelve other communities, one from each province and territory, will also receive $7,500 to $15,000.