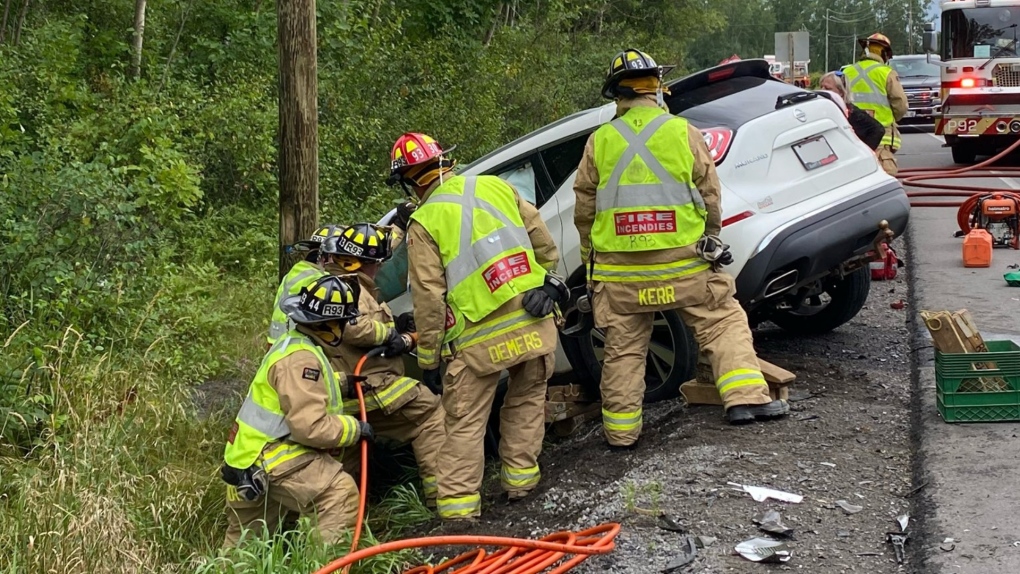 Two people were injured in a two-vehicle crash on Snake Island Road. One person was trapped in their vehicle. Aug. 9, 2022. (Ottawa Fire Service/Twitter)

Ottawa paramedics say two people were taken to the hospital in stable condition after a crash in rural south Ottawa.

Emergency crews were called to Snake Island Road at Blanchfield road just after 5 p.m. for the two-vehicle crash.

Paramedics say one person in their 20s and one in their 90s suffered non life-threatening injuries.

One of the victims was trapped in their vehicle and Ottawa firefighters were on scene to help get them out safely. Ottawa Fire Services also says firefighters cleaned up "a large amount of fluids" at the scene.

At 17:24, the trapped occupant was safely extricated out of the vehicle. @OttawaParamedic provided patient care throughout the extrication & after as well. @OttFire Firefighters cleaned a large amount of fluids at the scene. #OttNews