No injuries reported after shooting in Chinatown 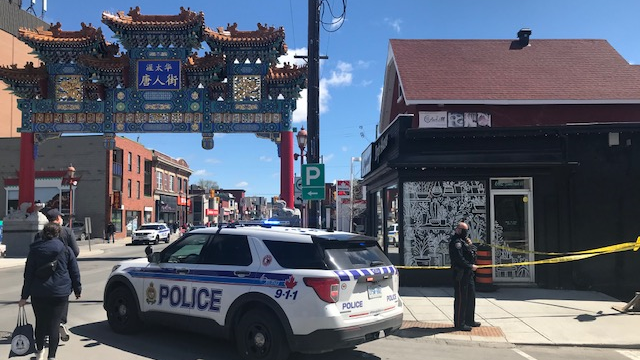 In a message on Twitter, the Ottawa Police Service's Guns and Gangs Unit said officers responded to a shooting in the area of Somerset and Cambridge streets just after 10 a.m.

Two men were seen fleeing the scene on foot.

"At approximately 10:04 a.m. today, the Ottawa Police Service responded to a shooting in the 700 block of Somerset Street West. Two men were seen fleeing the area immediately after," said police in a statement to CTV News Ottawa.

"Officers are currently on scene, and the investigation is ongoing; no further details are available at this time."