No injuries reported after dramatic balcony fire on Rideau Street 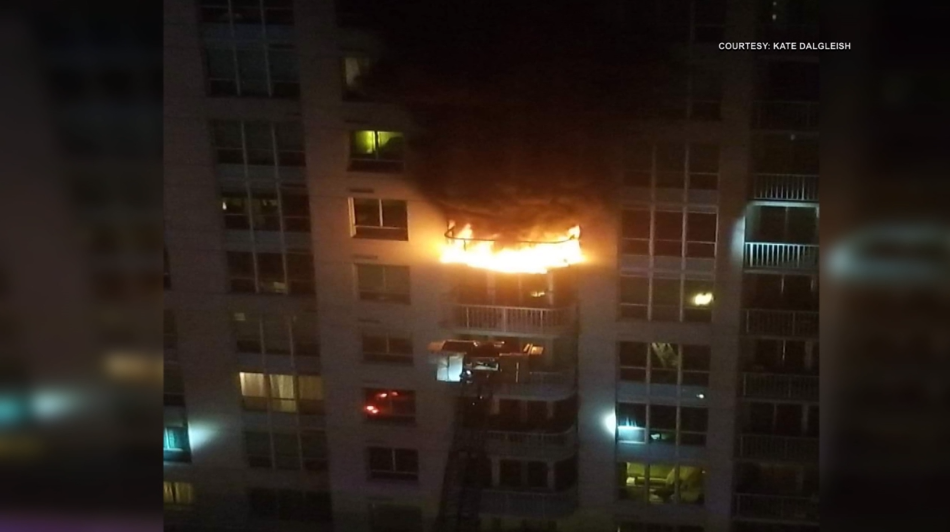 OTTAWA -- Ottawa Fire says no one has been reported hurt after a balcony fire sent thick black smoke into the sky above downtown Ottawa Saturday night.

Several people called 9-1-1 just before 9:30 p.m. reporting smoke coming from a condo building at 234 Rideau St. A fire had broken out on a seventh-floor balcony.

Firefighters were able to quickly extinguish the flames, getting the blaze under control in a matter of minutes.

Officials did not say what caused the fire in a press release sent Saturday night, but said a fire investigator would not be required.