No injuries after CN Rail car derails in Amherstview, Ont. 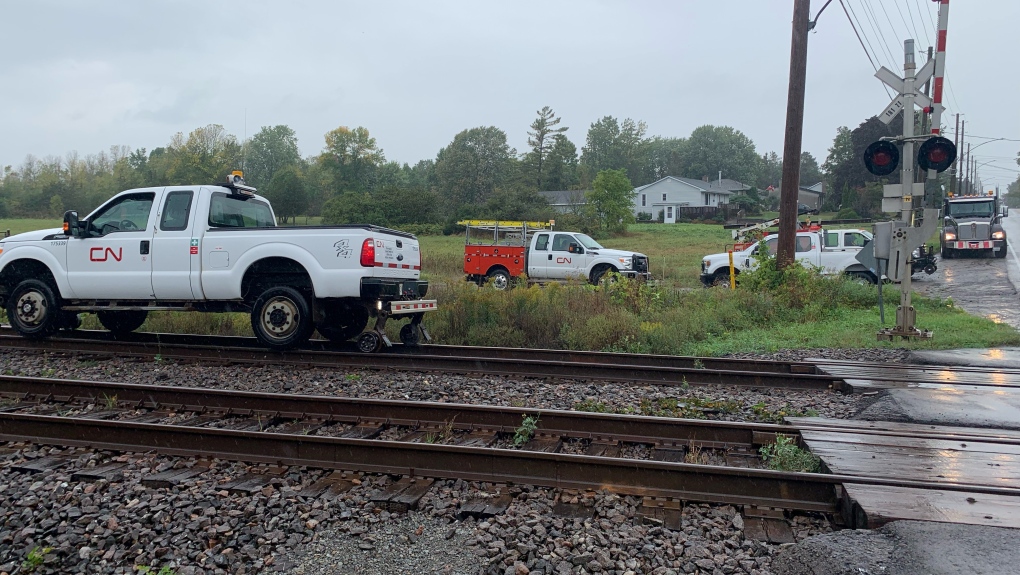 CN Rail trucks are parked near the rail crossing at Coronation Boulevard in Amherstview, Ont., near where a rail car derailed Wednesday, Sept. 22, 2021. No one was hurt. (Kimberley Johnson / CTV News Ottawa)

In a tweet, the OPP said it happened on the north and south side of the tracks in Amherstview, Ont., near Coronation Boulevard.

In a statement to CTV News Ottawa, CN said there were no injuries.

"CN crews are responding to an incident that occurred earlier this morning in Loyalist Township, Ontario. Preliminary reports indicate that a single railcar derailed and that there are no injuries, fire or leaks and that no dangerous goods are involved," the statement said.

"The cause of the incident is under investigation. CN would like to apologize for the inconvenience resulting from the incident."

OPP are asking people to avoid the area at this time.

HAZARD: #NapaneeOPP #OPP - CN RAIL ADVISES THE TRAIN HAS DERAILED ON THE NORTH AND SOUTH SIDE OF THE TRACKS. HAPPENED BETWEEN GOLF COURSE ROAD AND ANHERST DR. blocking CORONATION STREET. PLEASE AVOID THE AREA.
^nm