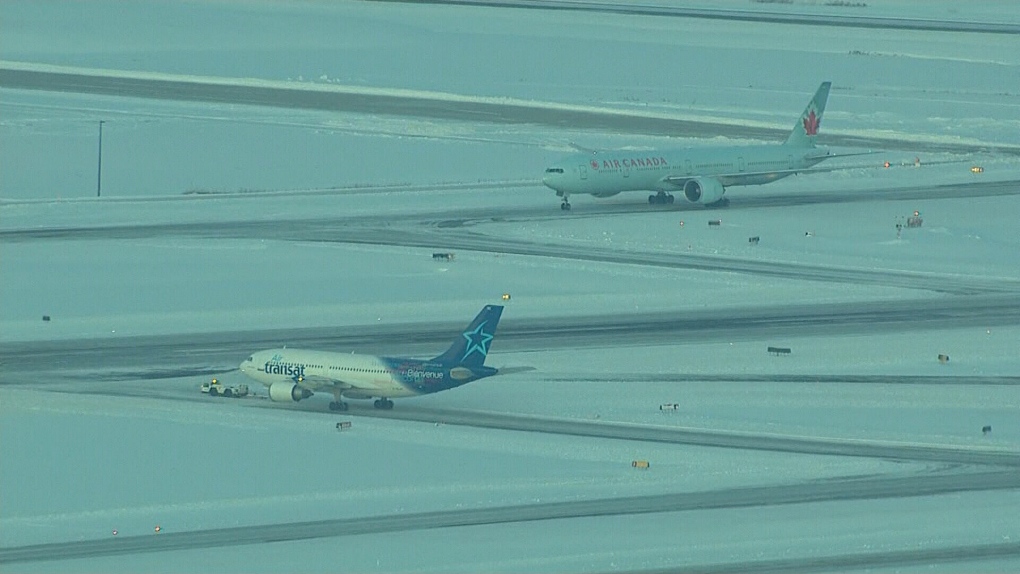 It took passengers nearly 21 hours to get from Punta Cana back to Ottawa on Air Transat this past weekend (January 6, 2015)

It was supposed to be the end to a long-overdue family reunion. But it quickly turned into a travel nightmare.

"There's no way I'm ever flying with them again," says Amber Snyder, after it took her and her family nearly 21 hours to get home to Ottawa from the Dominican Republic.

It started in Punta Cana, when Snyder found out their Air Transat flight was delayed three hours. A bus brought passengers out onto the tarmac, only to turn back and bring them back to the gate. But the passengers weren't allowed to get off the bus.

"In the heat, no air was on, people started to pound on the windows and doors," Snyder says. "They finally let us off. We got inside again at our gate...they said it'll be 10 minutes."

Two hours later, the passengers were bussed back to the plane, but had to deal with a loud, constant screeching sound. Synder witnessed one man get sick and another almost pass out. But everyone was finally able to board the plane. Five hours after the initial departure time, the flight was in the air.

Even with the delay and only a $12 food voucher to the Punta Cana airport, no substantial food was served on the plane. Snyder claims the flight attendants were "rude" and called them uncooperative.

As the plane descended on approach, Snyder says the passengers were informed that they had to divert to Montreal due to bad weather in Ottawa. After they cleared customs, grabbed their bags and made their way back through security, passengers once again were stuck on the runway - this time for almost three hours.

"They gave us little snacks, chocoalte cookies, and they told us we had to minimize and share because they didn't have enough. They did pass out water, but not to everyone."

"She said she had pain in her chest. She was clenching...and then she said her whole left side hurt."

Paramedics were called and a pediatrician on board helped assess her. She was taken off the plane and accompanied by her husband, was taken to a hospital in Montreal. She spent two nights there before making her way back to Ottawa for a follow up.

Amber, along with her three siblings, stayed aboard the plane and made it home on Sunday afternoon.

"Little communication, they didn't treat us with respect. They basically neglected us and lied about going to Montreal," says a frustrated Snyder.

In a statement, Air Transat spokeswoman Debbie Cabana says a series of factors, such as adverse weather, prevented the airline from operating the flight with their usual punctuality. The company sent a letter to every passenger expressing their sincere apologies. They also issued a $250 travel credit voucher as a "goodwill gesture."

But Snyder wants nothing to do with it.

"There's no way I'm ever flying with them again."