Nickelback set to perform at Bluesfest 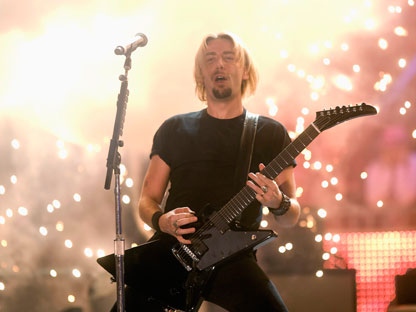 Chad Kroeger performs with Nickelback at the MuchMusic Video Awards in Toronto on Sunday June 21, 2009. THE CANADIAN PRESS/Nathan Denette

"He's a very sensual performer. I love his voice. Love his composition," said one fan.

"Kiss from a rose was our wedding song," said Travis Cameron.

"It was beautiful. It was romantic," said his wife, said Carol, his wife of 16 years.

With a report from CTV’s Stefanie Masotti.