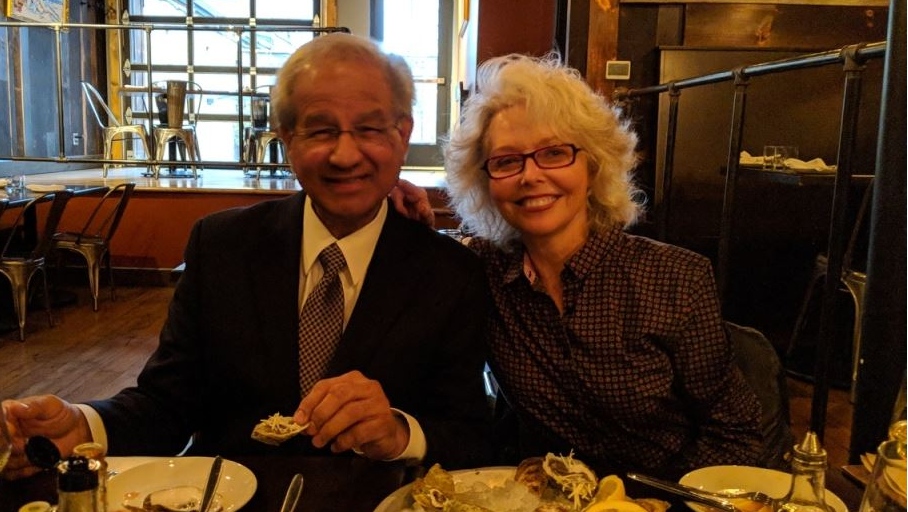 Two Ottawa-area couples have been found alive in the Bahamas in the aftermath of Hurricane Dorian.

Two Ottawa-area couples have been found alive in the Bahamas in the aftermath of Hurricane Dorian.

Dr. Denis Dudley and his wife Dr. Sharyn Laughlin were vacationing with their friends Christine and Doug Wyatt in Abaco when Dorian hit over the Labour Day weekend as a category 5 storm.

On Wednesday, a family member tells CTV News they are safe. The group made contact with family on a satellite phone and they are working on an evacuation plan.

Dudley and Laughlin’s daughter Kristin previously told CTV News she had not heard from her parents in more than 48 hours after Dorian hit.

Kristin Dudley says the couples tried to leave when news Dorian was intensifying.

"We tried getting them a charter out, but authorities had closed the airports. We weren't able to get them out."

Dudley's father grew up in Jamaica and the family knows the Abaco Island well, often vacationing there annually.

"They were prepared for the storm. We have a generator that can last up to a month, they had food, they had water, everything was set," said Dudley.

But the waters were more powerful than predicted, and rushed quickly into the main floor of the home.

"The main floor was underwater, the ocean had come in, all the doors and windows blown in," said Dudley.

"Part of the roof caved in on the other side."

If you are looking for ways to help, the High Commissioner of the Bahamian Embassy says there is a disaster relief fund through the Royal Bank.

The donations will go to the national emergency management agency of the Bahamas.