Ottawa police race data to be made public Wednesday 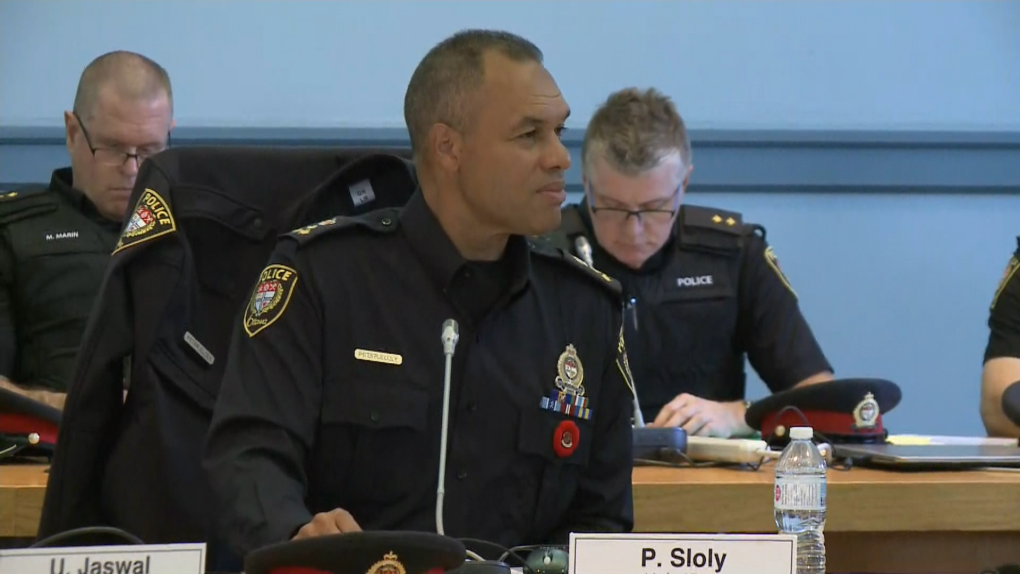 Hours after being sworn in, Ottawa police Chief Peter Sloly attends his first Police Services Board meeting on October 28.

OTTAWA - The Ottawa Police Service is expected to reveal the results of the second Traffic Stop Race Data Collection Report.

The study was conducted by the York University Research team, for a three-year period from June 2015 to June 2018. It analyzes collected data on traffic stops including information on race, sex, age, along with the reasons for traffic stops and outcomes.

The results are expected to cover issues within the Ottawa community including “carding” policies, the practice of random street checks that came under fire amid concerns of racial profiling.

The first Traffic Stop Race Data Collection Report found of the more than 81-thousand traffic stops conducted over a period of two years, Middle Eastern drivers were pulled over more than 3 times than expected, and for black drivers, 2.3 times more than expected.

The first study was also done by York University and was conducted over two years, from June 2013 to June 2015. Former Ottawa Police Chief Charles Bordeleau had accepted the findings, but didn’t think it was racial profiling.

The massive project was launched from a 2012 settlement agreement between the Ontario Human Rights Commission and the Ottawa Police Services Board.

Ottawa’s newest Police Chief Peter Sloly commented on racial profiling when he was deputy police chief in Toronto in early 2016, weighing in on the controversial “carding” policy.

"I've never seen policing at this low a point in terms of public trust and legitimacy," said Sloly, going on to say he believed major changes were needed to prevent a crisis in Toronto.

Sloly is also expected to reveal details of the multi-year action plan for the newly created Equity Diversity and Inclusive office.

The Ottawa police chief had announced new funding for the permanent EDI office during the 2020 draft budget on Nov. 6.

There will also be a presentation of the Diversity Audit findings and the recommendations.