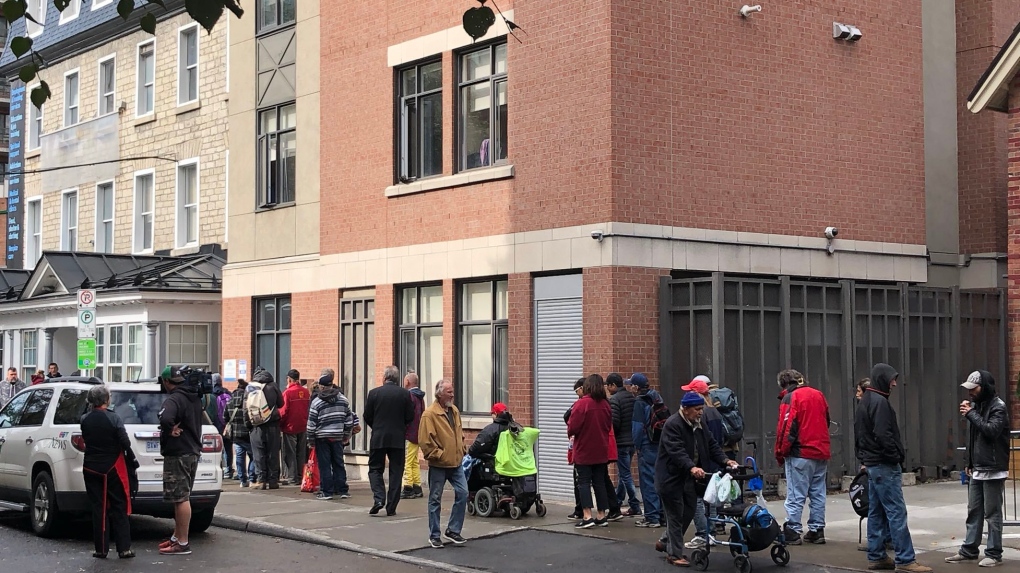 Thousands lined up for a hot meal this Thanksgiving at The Ottawa Mission.

The Ottawa Mission served up thousands at the Annual Thanksgiving Dinner on Monday.

Executive Director Peter Tilley expects more than 2500 plates of food to be served this year.

“I just see the gratitude, it’s more than the meal, it’s the sense of community.”

Tilley recognizes many of the faces sitting down for dinner.

“People have been looking forward to this for over a week, it’s different than the other meals,” said Tilley.

“People have been housed, people have moved on but they still come for something special, the sense of belonging.”

One of those people is former client John O’Hara, who stayed at the Ottawa Mission for six months.

“They increased the rent and I couldn’t afford to stay there anymore,” said O’Hara.

“The Mission helped me get a place.”

O’Hara, like many others, credits The Mission with helping him get back on his feet.

The meal is cooked by Chef Ric, the Manager of Foods Services at The Mission, and served by volunteers from the community.

Sgt. Carl DeJong of the Ottawa Police service is one of the familiar faces volunteering this year.

“We’re all just a step away from being in a situation where we either don’t have a home or have a place to eat,” said DeJong.

“It’s helping; it’s giving back to some of the most vulnerable in the city.”

The Mission prepares around 1300 meals any given day, but today will serve closer to 3000 guests.