New book reminisces about Ottawa rock and roll in the 1970s

OTTAWA -- If you love rock and roll--if you have great memories of moving and grooving to bands in Ottawa in the seventies—Jim Hurcomb is going to remind you of the best days, and nights, of your life.

The veteran broadcaster and musicologist is hitting all the right chords with his new book “Rockin’ on the Rideau: The 70’s”.

This release is fresh on the ‘dancing heels’ of “Rockin’ on the Rideau: Ottawa’s Golden Age of Rock and Roll,” published earlier this year.

“Writing a book was never on my bucket list,” Hurcomb told CTV News at Noon.

“The first, ‘Rockin' on the Rideau: Ottawa's Golden Age of Rock and Roll’ was inspired by a series of articles I did on Ottawa bands of the 60's for "Bounder" magazine a few years back.  I started to think that this would make a really interesting book. And it did.”

Some of the world’s biggest bands made a musical mark on the capital in the ‘70s: Led Zeppelin, Genesis, Kiss, Queen, David Bowie and many more.

Ottawa was the concert stop on the highway, often after Toronto and just before Montreal.

The homegrown rock scene was dynamic as well, with local Les Emmerson and the Five Man Electrical Band making it big internationally with “Signs.”

There is a chapter on Les in the book and the talented, warm and wonderful musician tells his own story. 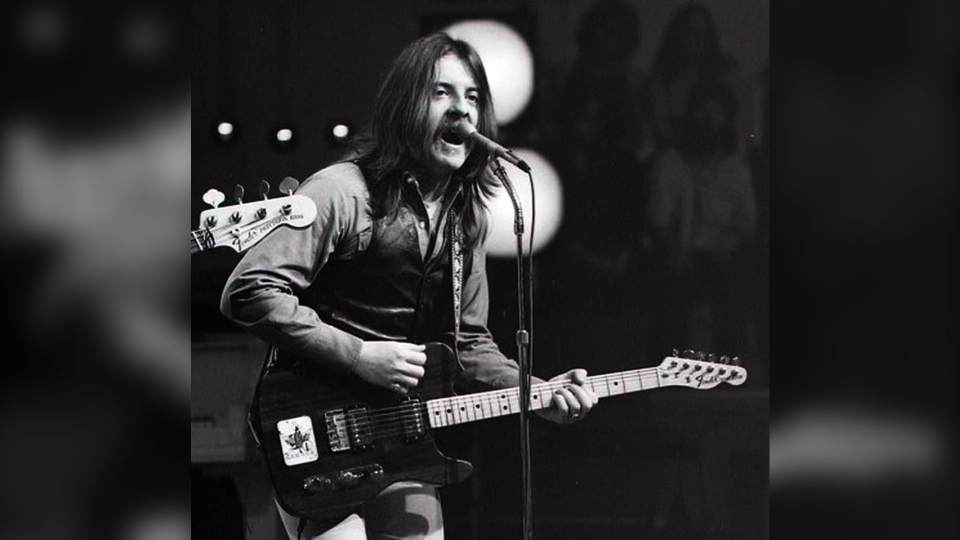 “We got a call from an old friend who was a DJ in Norfolk, Virginia,” shares Emmerson.

“He said ‘Signs’ was going through the roof there and would we like to come down and play an outdoor festival.  The crowd was huge! They stretched out to the horizon.  And when we started the intro to “Signs” everybody started to sing.”

Emmerson explains that’s when he knew they had a hit.

Hurcomb highlights so many of the “highlight moments” of the local bands who were packing concert halls.  He writes of Octavian, The Cooper Brothers, Heaven’s Gate Radio, Avalon, Bolt Upright and the Erections, The Action, Tokyo Rose…the list goes on.

And the chapter “On the Highway to Hull” may spark memories, or may make you remember just how much you forgot about a night at The Chaud.

“The success of my first book was overwhelming and totally unexpected. It became a #1 bestseller on Amazon, and it was hard to keep in stock in the local stores,” says Hurcomb.

“That showed me there was a real thirst for music fans to dig into the roots of ‘rock and roll’ in Ottawa,” he said. “Even if you weren't alive at the time, it was a fascinating slice of our history.”

Hurcomb says that made him continue the story with "Rockin' on the Rideau 2: The 70's

“I wrote these books to ensure that the memories and achievements of these musicians stayed alive and didn't fade into the mists of time.  My best moment came when I was told the Ottawa Library had ordered 25 copies to be spread across the city.  The waiting list skyrocketed to over 100 people.  That guarantees that my goal of preserving these stories will live on long after we're gone.”

The books are filled with stories and photos.  If you have a “rock, roller and reader” who doesn’t want to be on the library waiting list, you can buy books at:

The stories are told by the musicians, disc jockeys, promoters and fans who were there and lived them.

“This book is a tribute to the musicians and music personalities, but it's also a musical love letter of sorts to the fans.  Without them this magic couldn't have happened.

It's also a great escape for folks these days to look back to what were the best years of their lives,” says Hurcomb, who isn’t ruling out a third volume.