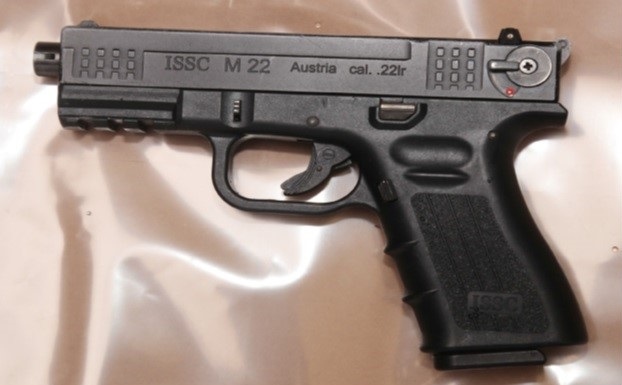 A handgun Ottawa police say was seized in the ByWard Market on Tues. Dec. 22, 2020. (Photo provided by the Ottawa Police Service)

In a press release, police said the seizures of the gun, quantities of fentanyl and crack cocaine, and cash were made during "proactive enforcement" at around noon on Tuesday on Murray Street near King Edward Avenue.

Bruktemariam Nadew, 20, and Blaise Ninda, 18, are each facing drug and weapon charges as well as charges of obstructing police.

They are due in court Wednesday.