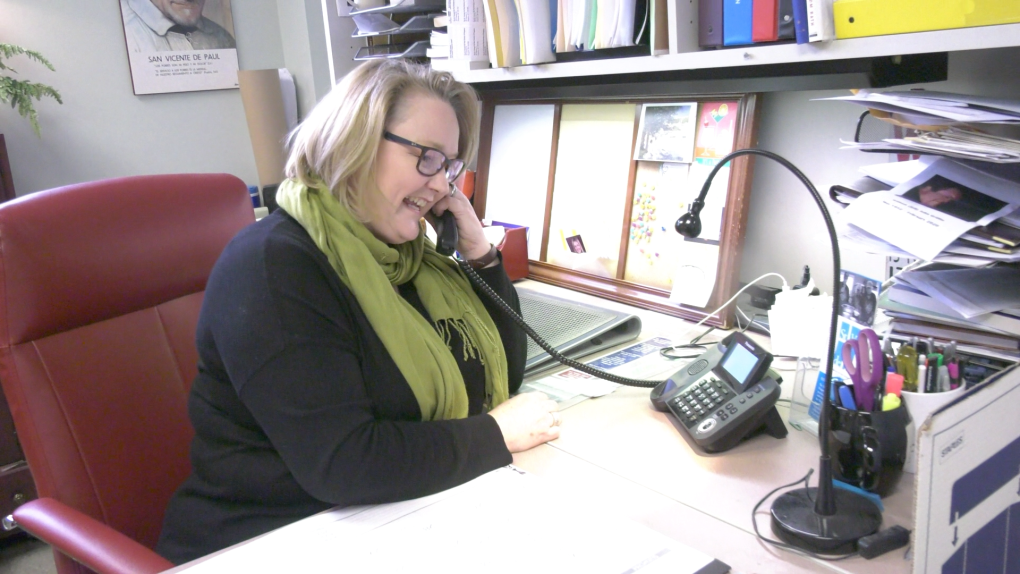 That’s why the Saint Vincent de Paul Society of Kingston has set up a new phone call service to help seniors, those living alone, or anyone who may need a friendly ear.

It's called ‘Neighbour to Neighbour’.

"The idea is that the volunteers will call this person every single day," says Executive Director Judy Fyfe. "They might not always connect, but they’ll know that every day someone’s going to call and say ‘how you doin'? Let’s have a chat.’ And that can reap great rewards."

It started out as an idea to reach their client base, who rely on being able to walk through their doors, sit, have a chat and check in.

While giving out bagged lunches each day, Fyfe started slipping St. Vincent’s phone number in the bag for people to call and sign up for the service.

Soon they had a flood of people volunteering to make calls.

"The Rotary Club of Kingston stepped up and said if you need people you’ve got an army here."

They've now opened up the lines to anyone across the city of Kingston who could use it, especially seniors and those living in self-isolation alone.

"It’s not a crisis hotline; it’s not here to solve a lot of problems. It’s just a friendly conversation to break up the monotony of being isolated," Fyfe explains. "I think all of us are feeling the stress and the loneliness that comes with such a time."

After only a few days, Fyfe says about a dozen people have signed up to use the service, with more every day.

Sister Pauline Lally is a volunteer. She says she’s been phoning a woman who can’t leave her house, and whose husband is sick. The conversations are actually quite light, she explains. They bring a bit of normalcy during an abnormal situation.

"I just phone and ask them how they’re doing and what’s going on and what’s the weather out there like," says Sister Lally. "I didn’t have any trouble. She just kept talking and I kept listening."

If you live in the city of Kingston, and want to use the service, or volunteer yourself, contact St. Vincent de Paul Society directly at 613-766-8432.