SMITHS FALLS, ONT. -- With the federal election now behind us, don't be too quick to throw those political items in the trash.

There's a market for that kind of memorabilia, and one Smiths Falls man's collection dates back almost 200 years.

"Basically if it's political, and Canadian and American, I will collect it," Bill Greenberg said from his dining room with historic Canadian political items spread across the table.

"One of the nice things about politics, depending on your point of view, is that there's, between Canada and the United States, the provinces, the states, there's always an election somewhere and there's always new stuff coming out," Greenberg said.

His primary focus is political buttons.

"I probably have around 16,000 Canadian and American political buttons," he said with a laugh.

He caught the collecting bug at an antique show in Nepean when he was 16, where two political buttons from 1957 and 1961 caught his eye.

"I walked around, then I kept coming back to this place," Greenberg said. "I must have hit this place about a dozen, a dozen and a half-times when finally the dealer said to me, 'Listen, I'll let you have them both for five bucks.'"

"I guess he was tired of seeing me," he laughed. "I hemmed and hawed and bought them, and I've been buying them ever since." 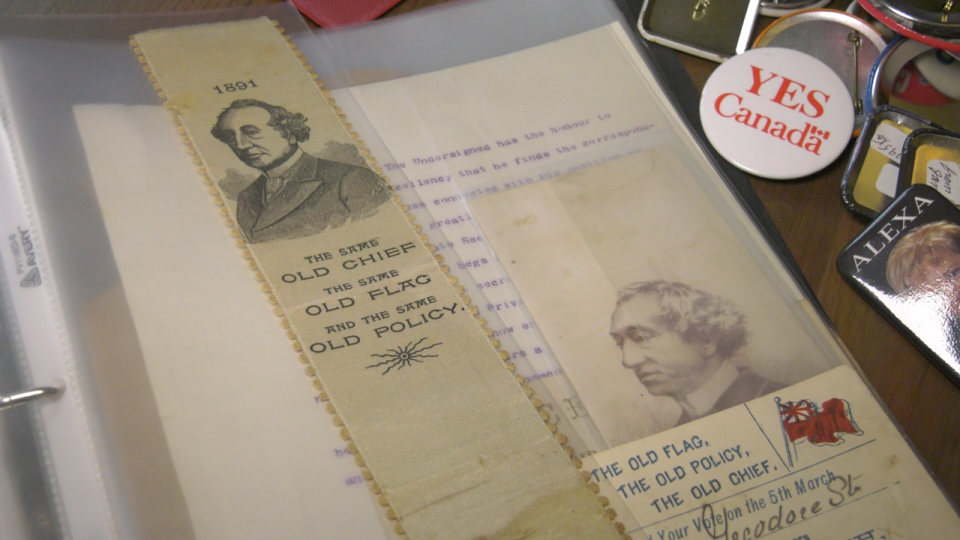 According to Greenberg, buttons first appeared in the 1896 and 1900 federal elections, something used to identify a voter at the time, and which party they were supporting.

"It was only in the 1960s that you really started seeing them a lot," he added. "There was no limits on campaign spending, so it was primarily the Liberals and the Progressive Conservatives in Canada that did it."

While buttons aren't that common these days, bumper stickers and t-shirts became popular over the years.

"The anti-Pierre Trudeau stuff from western Canada, especially in the late 70s, early 80s. You'd see hats, you'd see bumper stickers but from the campaigns themselves you didn't see a lot of (buttons)," Greenberg said.

The oldest piece in his collection, while not a button, is an item signed by Lord Maitland from 1825, the Governor General of Upper Canada at the time.

His wife Julianne says when they first met, Bill discussed his collection, but it was not until they moved in together when she saw exactly how much stuff he had in his collection.

"I saw the movers move the boxes in and I was like, I literally sat on the floor in our town home we were renting and I was hyperventilating!" she said. "And that wasn't even all of it, there was more at his parents' house or wherever he had things stored."

Julianne has come to embrace it, admitting she's now on the lookout for political pieces and gets excited for him when he scores a new item.

"You should see him, he gets high pitched and get's like a little kid," Julianne said.

"It's a piece of history and it's a part of him too. I've grown a love for it too, I do admit it," Julianne said, adding she has surprised him with a few collectable pieces for birthdays and holidays over the years.

"When you see the expression on the one that you love, it just makes you happy that you've done something to make them smile and stuff like that." 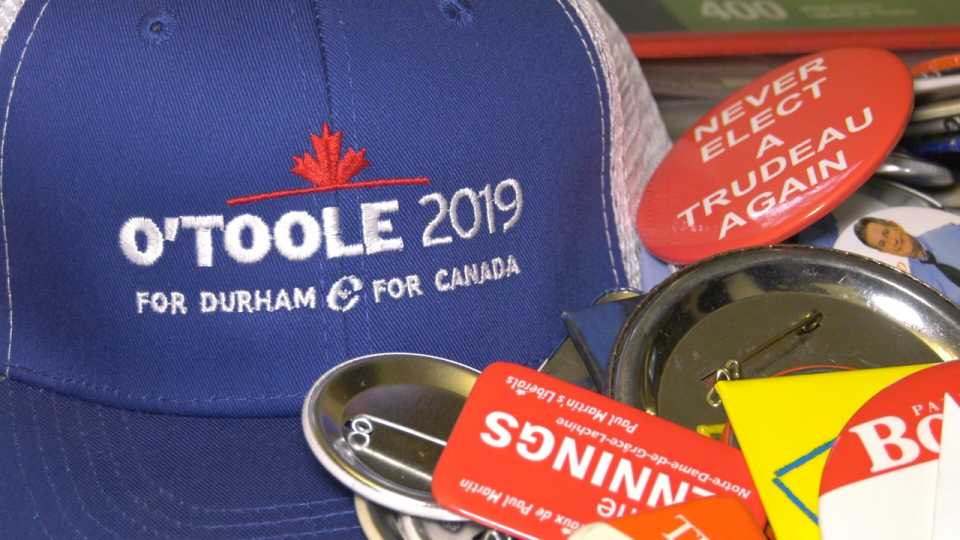 Greenberg sells his doubles through his online store, Bill's Political Shoppe, shipping all over the world including recently to Russia and the Czech Republic.

And while he noted, he didn't pick up much from this years campaign's he does have an idea of what might become collectable in the future: Facemasks.

"I joked with a friend prior to the campaign that masks were going to replace buttons for this campaign," he said. "Candidates are putting their names and their party logos on them because, again it's an identifier at the doors, they are cheaper than hats, they are potentially cheaper than t-shirts but it's also an identifier."

He scours antique and thrift stores around the area looking for unique items, and spends time on eBay as well.

For instance, a lawn sign for a candidate from a traditional party that doesn't win and no one will remember their name three weeks from now, is not as valuable as a politician who goes to bigger and better things, Greenberg noted.

"I've seen on eBay, someone had a Pierre Trudeau 1965 PT, Mount Royal lawn sign. That was his first campaign, it sold for $1,200 and this was a number of years ago," he said. 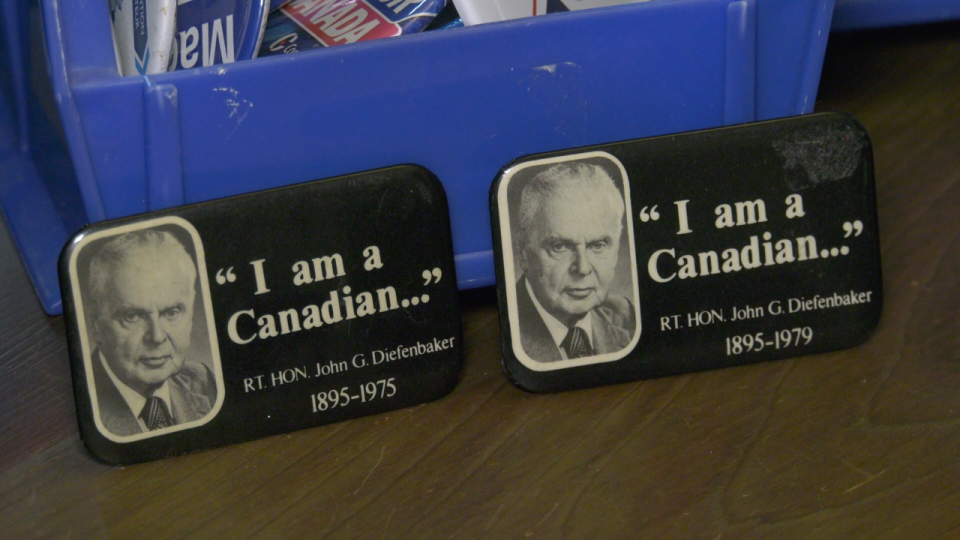 Greenberg says he's always looking to trade and a lot of his items have come from people cleaning out their homes throwing items away.

"They come across stuff and they were going to throw it out and they say to themselves, 'Maybe there is someone out there.' In many cases i'll even buy the collection from them," he said.

Now that the 2021 federal election is in the books, a lot of signage and promotional items will never be seen again.

"I guarantee you right now there are campaign offices out there throwing things away," Greenberg said. "They should call me! Keep those buttons, don't throw them out send them to me!"