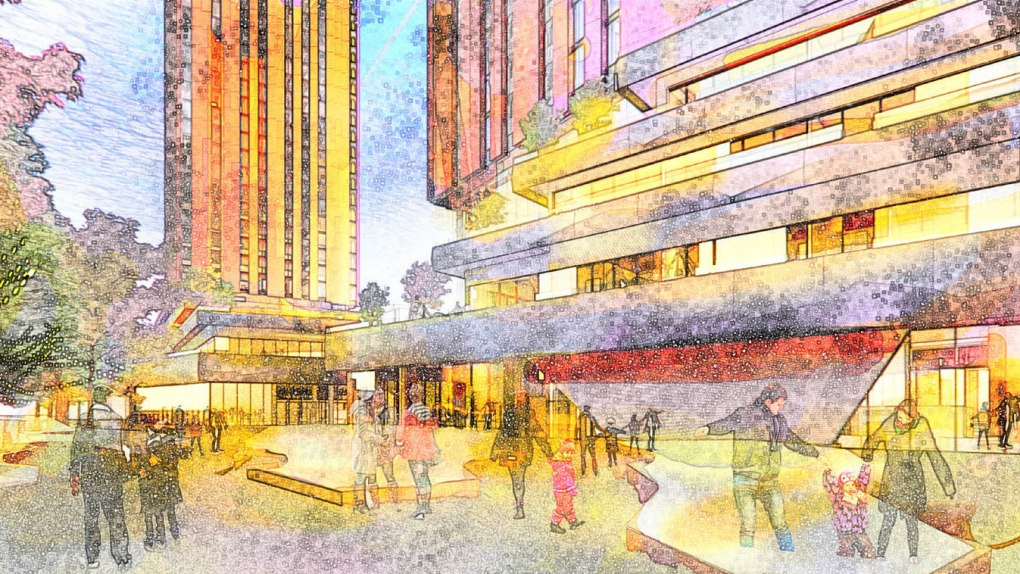 The National Capital Commission has revealed its preferred bidder for the next step in the redevelopment of LeBreton Flats.

Dream LeBreton, a group led by Dream real estate company, which is overseeing the nearby Zibi development, has won the chance to redevelop the so-called ‘library parcel’ of land west of downtown.

The 1.1-hectare space at 655 Albert Street is immediately west of Ottawa’s planned central library and is the first step in redeveloping LeBreton Flats under the NCC’s new master plan for the land, which has sat empty for decades.

“This team has gone beyond our expectations in their innovative, thorough, and highly integrated proposal,” Katie Paris, the NCC’s director of the LeBreton Flats redevelopment project, told the commission’s board of directors on Thursday.

The Dream proposal includes 601 residential units for the site in two towers of 30 and 35 storeys, each with a separate four-storey terrace podium. The housing will range from studios to three-bedroom units.

Forty-one percent of the units—247 of them—will be affordable housing, exceeding the 30 per cent minimum the NCC set in its request for proposal. And 31 per cent will meet or exceed accessibility standards and be barrier-free.

Multifaith Housing Initiative, a non-profit affordable housing developer, will own 130 of the units. The proposal also includes an Algonquin Nation benefits plan.

The Dream LeBreton design team is led by KPMB Architects and Perkins & Will, supported by Two Row Architect and Purpose Building, with PFS Studio as the landscape architect, EllisDon as the construction manager and Innovation Seven as the Indigenous engagement consultant.

The Dream LeBreton proposal beat out two other groups, one led by Windmill Developments and the other by Trinity Development Group.

The NCC is using a phased approach to redevelop LeBreton Flats after a joint bid from Ottawa Senators owner Eugene Melnyk and Trinity Developments fell apart amid legal acrimony.

In October, the NCC launched a request for expressions of interest for two parcels of land farther west, which the commission hopes will feature major attractions.

Paris said the NCC would be open to a possible NHL arena on that site. Those proponents are being asked to submit ideas by the end of next month.

The new central library, a joint project between the Ottawa Public Library and Library and Archives Canada, is set to open in mid-2026. A city report in October revealed the project was $131 million over budget due to rising construction costs.