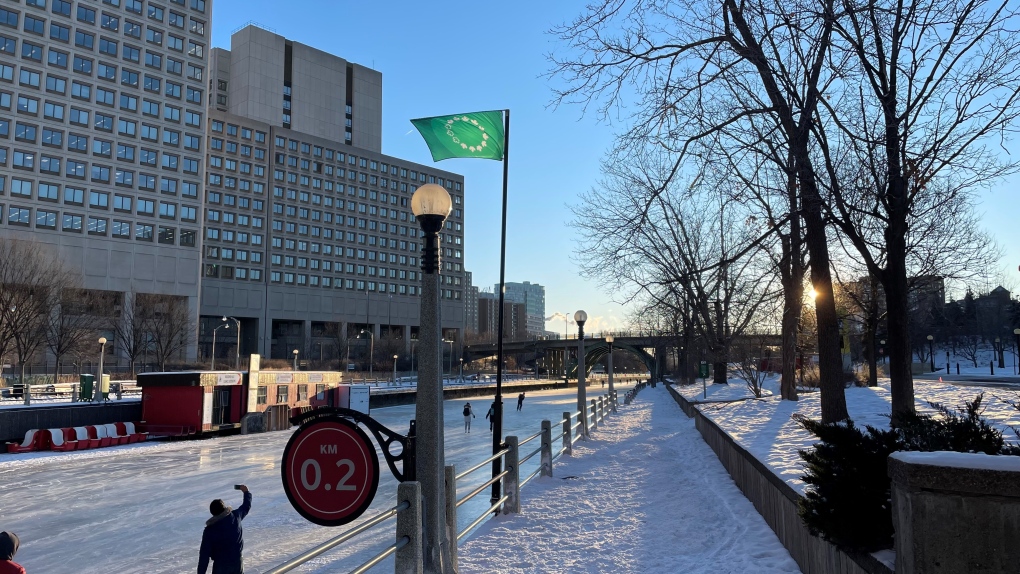 The National Capital Commission is looking at whether so-called slush cannons or changing the depth of water in the Rideau Canal could extend the season on the world's largest skating rink.

With the 52nd season of skating underway on the Rideau Canal Skateway, the National Capital Commission is looking at strategies to adapt operations to the impacts of climate change.

"What we've learned so far is that changes to the beginning of the season are more important to the overall season length than those at the end. This means most of the recommendations aim to increase early ice formation," said NCC CEO Tobi Nussbaum during this week's NCC Board of Directors meeting

Nussbaum says the NCC is partnering with Carleton University to collect data and explore pilot projects to test potential approaches.

The full 7.8 km section of the Rideau Canal Skateway opened for the 52nd season on Jan. 14. Last year, the skateway opened on Jan. 28 – the latest opening day since 2001.

During an interview with Newstalk 580 CFRA's Ottawa Now with Kristy Cameron, NCC senior manager of facilities and programs Bruce Devine said the NCC is looking at ways to open the skateway earlier in the season.

"The idea here is to look before the beginning of the season – how can we cool the water faster in order to start building the ice sooner," said Devine on Friday.

Devine tells Newstalk 580 CFRA the NCC and Carleton University will look at several ideas, including:

"Some sort of a cannon that could throw either very, very cold water or even some slush over the water or very, very thin ice and then everything grabs together and starts building the ice," said Devine, adding a slush cannon is similar to snowmaking equipment at ski hills.

In 2020, the NCC and City of Ottawa climate projections report said the national capital region will become warmer in all seasons, and wetter during fall, winter and spring.

"Winters are expected to become shorter, with fewer snowfalls," said the report.

Devine says the NCC plans for 40 to 42 skating days a winter on the Rideau Canal Skateway.

The partnership between Carleton University and the NCC will collect data and explore a variety of pilot projects over a four-year period.