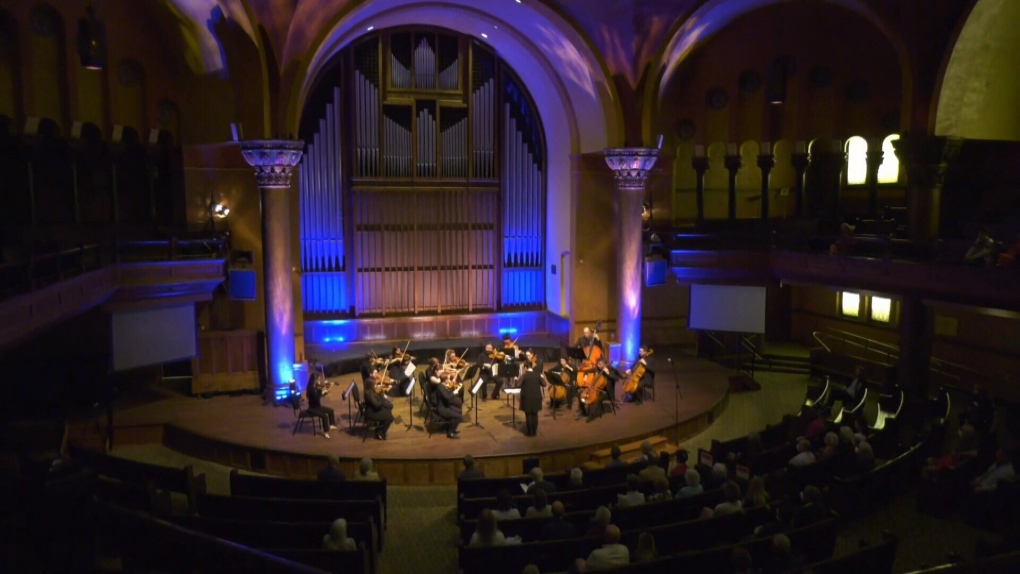 In a city of major music festivals like Jazz Fest and Bluesfest, sometimes the larger players take up the headlines. But in a city known to attract big artists in the summer, Music and Beyond offers a classical way to bring people together.

In its first 10 seasons, Music and Beyond has presented more than 900 concerts and events and almost 4,000 mini-concerts. One goal of the festival is to introduce and foster new audiences as they explore or experience music and the arts.

The pandemic took those shows online, where a new audience noticed what this unique Ottawa institution has to offer. This season classical concertgoers have been welcomed back to venues across the city, the Carleton Dominion Chalmers Centre being the largest.

“For me having grown up in Gatineau, being from the area, I’ve been gone for a long time now, but it’s the first concert I come back to conduct in Ottawa so I’m very excited being here,” Leclair said. “There is nothing like having the reaction of the audience the way they live the music with us. They are really part of the experience. It is not the same without them.”

Music and Beyond Artist Liaison Dominique Saulnier says being able to open their doors to the public once again is thrilling.

“Last night we had our opening gala and you could feel the excitement in the air,” Saulnier said. “This is the first time we’ve had so many people in our main location here at Dominion Chalmers, so many artists some local some from all over the world. Nothing compares to feeling the energy of a live audience.”

Concertgoers like Margery Street are just happy to be back in their seat, enjoying some of the best classical music to be found.

“To actually be here in person and to support the musicians that have not been able to play for two years, that’s a blessing,” she said.

Music and Beyond runs until July 17.

Russia seemingly struggles to replenish its troops in Ukraine

As Russia continues to suffer losses in its invasion of Ukraine, now nearing its sixth month, the Kremlin has refused to announce a full-blown mobilization — a move that could be very unpopular for President Vladimir Putin. That has led instead to a covert recruitment effort that includes using prisoners to make up the manpower shortage.